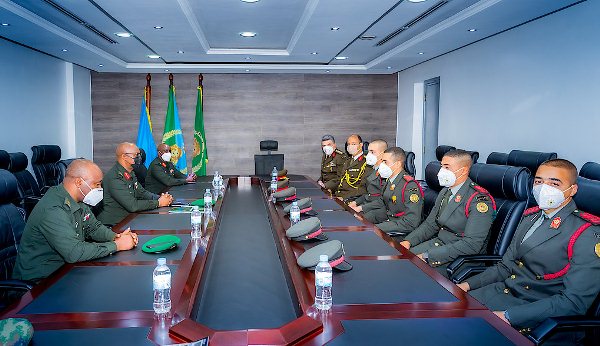 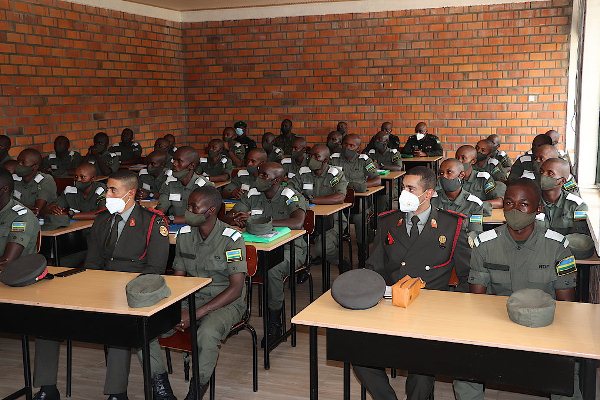 The purpose of their visit was to conduct a study tour of officer basic training in Rwanda. On 18th January 2022, they visited Rwanda Defence Force Headquarters and were welcomed by the MOD Director General of Policy and Strategy, Maj Gen Ferdinand Safari and Chief J3, Col Chrysostom Ngendahimana on behalf of the RDF Chief of Defence Staff.

At RDF HQs the Egyptian Military Academy delegation was accompanied by their Defence Attaché to Rwanda, Brig Gen Hesham Rammah.

Maj Gen F Safari commended the existing defence cooperation between Egypt and Rwanda and welcomed them and wished them good stay in Rwanda. 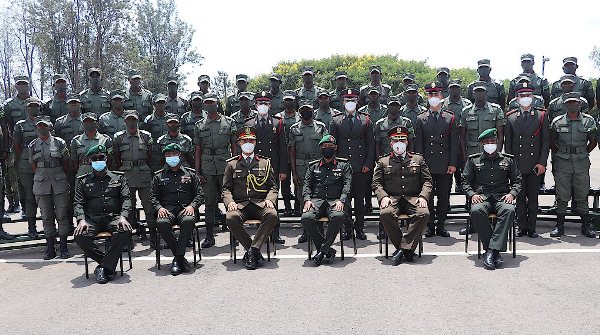 From 18th to 19th January 2022, the Egyptian Military Academy Delegation attended Officer Basic Training sessions at Rwanda Military Academy- Gako, where they interacted with the Academy Staff and explored the conduct of officer cadets training.

During their stay the Egyptian officers also paid respects to the victims of 1994 Genocide against Tutsi at Kigali Genocide Memorial and visited the Campaign against Genocide Museum at Parliament.