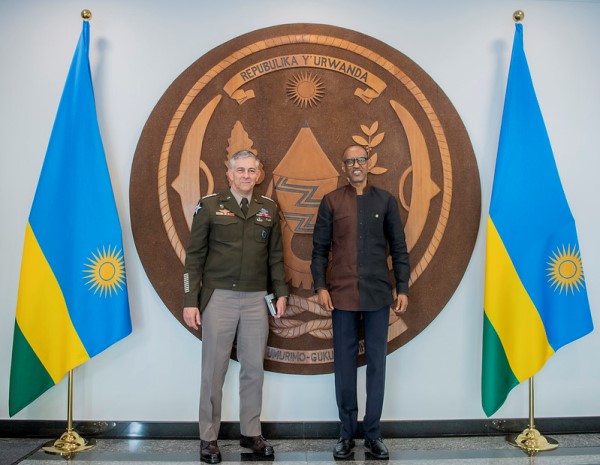 General Townsend also plans to meet with the Minister of Defence and the Chief of Defence Staff of the Rwanda Defence Force.  He will deliver remarks at the National Security Symposium and pay his respects at the Kigali Genocide Memorial.  General Townsend is committed to a collaborative relationship with Rwanda and looks forward to more partnership opportunities in the future.

General Townsend’s previous assignment was commanding U.S. Army Training and Doctrine Command where he oversaw all recruitment, training and education for America’s Army.

From Griffin, Georgia, General Townsend commissioned as an Army infantry officer upon graduation from North Georgia College in 1982. He has led and commanded troops at every echelon from rifle platoon to infantry division and Army corps as well as two combined/joint task forces.

General Townsend holds two master’s degrees and military qualifications and awards appropriate to his service as a career infantry officer.

General Townsend is married to Melissa, also from Georgia. They have two married sons, one an Army Captain, the other an Army veteran and university student. The Townsends happily spoil three grandchildren and a large and unruly Bernese Mountain dog. (End)