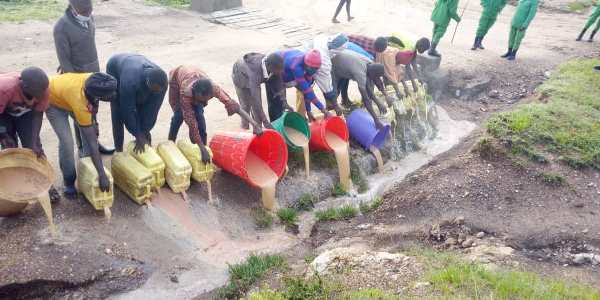 Article 5 of the Ministerial order Nº 001/MoH/2019 of 04/03/2019 establishing the list of narcotic drugs and their categorisation classifies alcoholic drinks produced without complying with standards and other laws;  on the list of simple narcotic drugs.

Rwanda National Police (RNP) has continued to enforce the law to fight production and distribution of these assorted psychotropic substances.

The fight involves both awareness and operations against producers including destroying illegal distilleries.

They were caught with combined 800 litres of an illicit drink called Igikwangari, according to Superintendent of Police (SP) Theobald Kanamugire, the Police spokesperson for the Southern region.

He thanked residents, who shared information that led to the arrest of the producers and seizure of the substances.

Article 263 of the law determining offences and penalties in general states that; any person who, unlawfully produces, transforms, transports, stores, gives to another or who sells narcotic drugs and psychotropic substances, commits an offence.