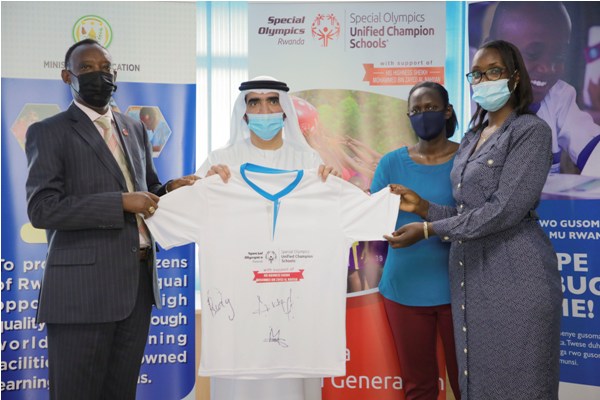 The handover event of the sports equipment for the schools in the City of Kigali was officiated by Officials from the Ministry of Education and the Ministry of Sports and attended by Mr. Mohammed Alshehhi, Chargé d’Affaires of the Embassy of the United Arab Emirates in Rwanda. 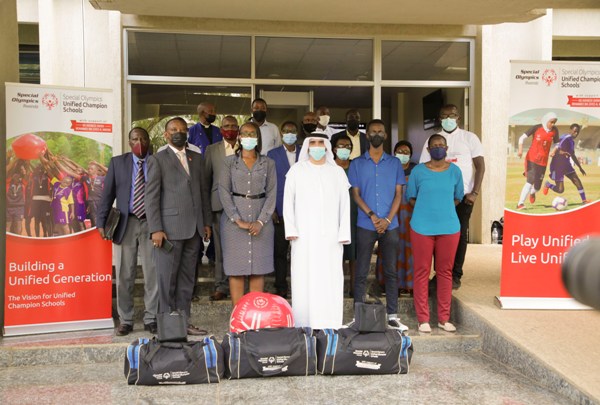 The project is an initiative developed after the World Summer Games for Special Olympics held in 2019 in Abu Dhabi, to which a $25m fund was set up by the Crown Prince of Abu Dhabi to support the Special Olympics International. The goal is to increase sports and leadership opportunities for all students across the world regardless of determination or ability and therefore create inclusive school communities. The main components focused on under this project are; Inclusive Sports, Inclusive Youth Leadership and Whole School Engagement.

The fund is supporting six Special Olympics Programs in Egypt, Romania, Pakistan, India, Argentina and Rwanda. Unified Champion Schools project is to operate for 4 years (2020-2023) and it will cover 10% of all the schools in Rwanda both private and public schools. Planned metrics are as follows; (40 schools in Kigali city, 70 schools in Eastern Province, 120 schools in Northern and Western Province and 170 schools in Southern Province respectively).