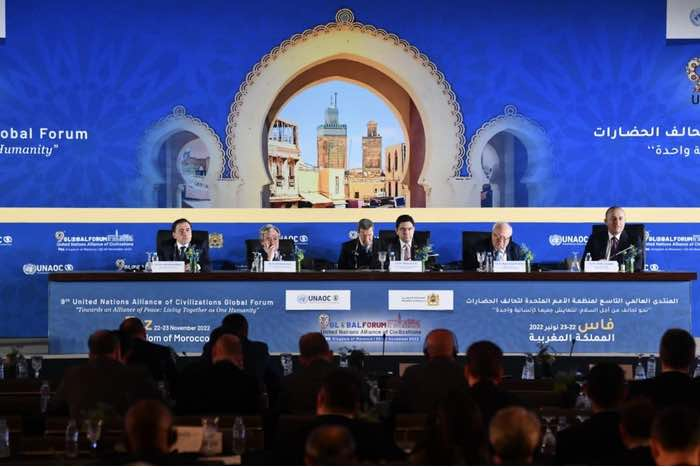 The Minister of Foreign Affairs, African Cooperation and Moroccan Expatriates, Mr. Nasser Bourita, called November 22, 2022 in Fez, African countries to join the group of friends of the UN Alliance of Civilizations (UNAOC).

“While the Forum (of the UNAOC) is held for the first time on African soil, the best message that could emerge from our meeting is a call to African countries to join the group of friends,” said Bourita who was speaking at the opening of the ministerial meeting of the 9th forum of the Alliance.

He also called to consider an African variation of the Forum, which could focus on the common challenges of African countries.

Bourita also noted that the Alliance could take advantage of its Mediterranean component to promote dialogue, understanding and peace in the region, and boost joint projects.

The Union for the Mediterranean, whose 7th Forum is scheduled Thursday in Barcelona, could be an asset in this sense, he said.

Bourita said, on the other hand, that the Alliance should set itself up as a force of proposal, able to generate ideas that can contribute to dialogue and peace in the world, advocating the examination of the possibility of developing a comprehensive Action Plan of the Alliance for the coming years, which would represent a roadmap, containing concrete and tangible actions and projects to promote dialogue, understanding and peace.

According to him, Morocco is honored to gather in Fez the allies of peace and living together to discuss together this common destiny of humanity, stressing furthermore that “our duty is to promote dialogue and silence the weapons of violence”.

“It is up to us to work together to achieve this aspiration that we all share, that of contributing to building, on a global scale, a culture of openness, dialogue, tolerance and peace,” he concluded.