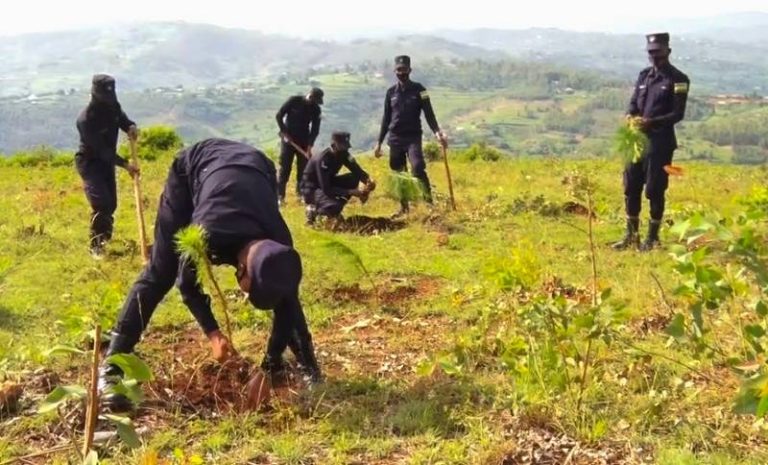 The Rwanda National Police (RNP) is mandated to safeguard the fundamental rights and to guarantee safety and security of residents of Rwanda and their property. This is a constitutional mandate that RNP implements in partnership with the community to be accountable to them, and protect their rights as ideals of good governance and rule of law, and as a firm foundation towards sustainable security and development.

Over the years, the RNP engaged in various policing and human security activities to ensure the responsiveness of everyone in fighting and preventing crimes as well as supporting government community development programmes to improve welfare of the people. To achieve this, the RNP promoted the concept of police-public partnership to build a strong bond of ownership, confidence and trust. 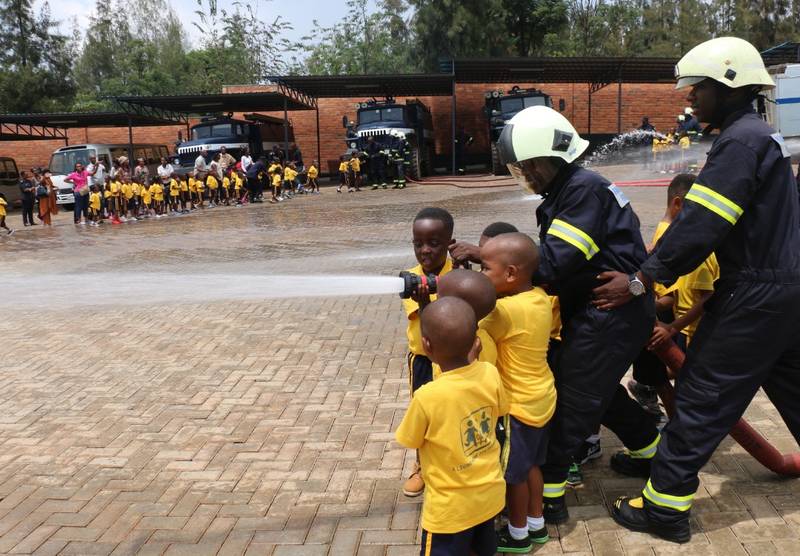 In an exclusive interview, Commissioner for Community Policing in the RNP, Commissioner of Police (CP) Bruce Munyambo, narrated about the proactive policing philosophy and how it has greatly contributed to safety, security and development in Rwanda. Below are excerpts.

Rwanda National Police (RNP) was established on June 16, 2000 after merging three security institutions that had the police mandate at the time, but operating separately. These were Gendarmerie Nationale, which was under the Ministry of Defense, Police Judiciaire under the Ministry of Justice, and Police Communale under the Ministry of Internal Affairs. To effectively fulfill its duties, RNP adapted the Community Policing approach as a strategy to engage the public in fighting and preventing crimes, which were relatively high at the time.

Community Policing is a philosophy focused on police-public partnership characterized by proactive approaches and activities that combine awareness campaigns in crime prevention and supporting socio-economic activities through human security initiatives.

This police-public partnership has been one of the backbones of the current safety and security in the country. With over 74,000 members of Community Policing Committees (CPCs), about 500,000 members of Rwanda Youth Volunteers in Community Policing, over 2,500 anti-crime clubs trained periodically and backed by continuous awareness campaigns in communities and in schools. RNP also engaged other stakeholders and partners in community policing activities. These include government institutions, local leaders, sister security organs, the private sectors, civil society organizations, associations and cooperatives of transporters, insurance companies, artistes, schools, police ambassadors, rehabilitated social groups, and faith-based organizations, etc.

This chain eased flow of information on crime and increased a sense of ownership, public confidence and trust. Community policing has also facilitated intelligence-led and targeted operations, eased acquisition of emergency information hence a significant reduction in crime rates.

The RNP established easy avenues of communication with the public, one of them being a call centre with toll free lines. The RNP carries out periodic countrywide community outreach campaigns and has established anti-crime clubs in secondary schools, among other strategies all in efforts to establish a friendly environment where members of the public feels that crime prevention is their responsibility too, thus easing timely sharing of information with police.

Since 2010, the RNP through its Community Policing Department, initiated and organized the annual Police Month activities aimed at strengthening partnership in crime prevention between the Police and Public at the same time engaging in human security activities dedicated to vulnerability to criminality by some members of the public.

In line with crime prevention, RNP also embarked on addressing concerns related to human security as a means to ensure all Rwandans live a decent life. Different pledges and donations were provided since 2010, including 20 vehicles and 31 motorcycles given to districts, sectors and individuals to facilitate them in community policing activities.

Over 16,000 mosquito nets were distributed to vulnerable families, more than 8,500 medical insurance given to vulnerable families. The RNP provided financial support to different cooperatives and cultural troupes including those created by reformed lawbreakers such as drug dealers and smugglers. 49 cows were donated to the disadvantaged families in Rulindo, Musanze, Nyanza, Nyamagabe, Gakenke, Ngoma, and Rwamagana districts and contributed. 13 modern cattle spray races were also constructed in Nyagatare, Gatsibo and Kayonza. Other Frw75 million was donated towards the government Gira Inka (one cow per household) project.

The RNP has also constructed 93 houses for the disadvantaged families, built 11 fully-equipped village offices, over 14,000 phone cells were given to village chiefs countrywide to easy information sharing; about 14,000 homes that are far from the national grid were connected with solar energy.

The RNP also extended clean tap water to communities in Gasabo, Burera, Kirehe, Rwamagana, Rutsiro and Nyamagabe districts, constructed two football playgrounds in Gikomero, Gasabo District and in Gatsibo District. The playgrounds were built for two main reasons; to support talent development at the same time providing the best alternative for the young people, who are likely to spend their leisure and social time in unlawful activities like theft and drug abuse.

Different activities in line with environmental protection, including planting over 3500 hectares of trees in different parts of Rwanda. Many other activities such as construction of kitchen gardens, construction and rehabilitation of toilets and bridges in partnership with RYVCP and local leaders. All these and many other activities were geared towards mitigating poverty, which can as well be a source of crime.

On the impact of community policing activities towards safety in Rwanda…

The police-public partnership has been one of the backbones of the current safety and security in the country. Effective community policing activities have presented positive impact in reducing neighborhood crime, enhanced quality of life and less fear of crime. These are results of combined ideas, efforts, resources of the police, local government and community members.

Over the past 22 years, RNP witnessed how proactive policing strategies increased the rate at which people report crimes, how conflicts are managed and resolved as well as several village security initiatives like Irondo (community night patrols).

All the above strategies have dissuaded many people from committing crime, mainly due to ownership of policing programmes and increase in public confidence and trust in security organs. Community policing helps in quick gathering of information in cases where crimes are committed thus easing police operations to apprehend suspects.

Rwanda is today a safe and secure country. Nonetheless, to maintain and improve on this security and to fight other crimes like drug trafficking, smuggling, Sexual and Gender-Based Violence (SGBV), child abuse, among others, RNP will continue to strengthen police-public partnerships as a sustainable strategy towards a crime-free environment.

Further, sustaining this practical partnership cements public trust and confidence that are invaluable for a law enforcement organ like RNP. Human security and development activities as well as sensitization campaigns against crime will continue to further reducing vulnerability of citizens and to contribute to local leadership’s efforts of improving welfare of the people.

We will enhance and reinforce capacity building and capabilities of key community policing stakeholders and partners in crime prevention, publish a Community Policing book as a guiding tool, organize policy dialogues on emerging crime based on research and assessments and conduct a feasibility study for the establishment or innovations in e-crime reporting system to further ease the reporting and monitoring.

Educating and empowering the people to take the lead to devise measures against localized security problems, and addressing causes to crime through human security activities will continue to change the game to predominantly shift from responding to preventing crime towards sustainable security, a firm foundation for sustainable development.  (End)