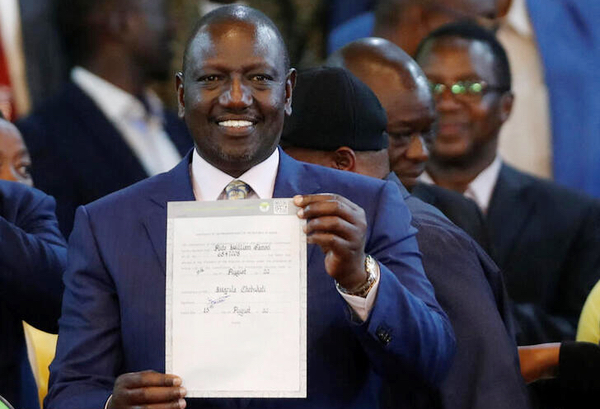 Rwandan President Paul Kagame has today congratulated William Samoei Ruto upon his election as the fifth President of Kenya.

“On behalf of the Government and People of Rwanda, I congratulate our Brothers and Sisters, the People of Kenya, for conducting peaceful elections on 9 August 2022. I also congratulate H.E. Dr William Samoei Ruto, the President-Elect”, President Kagame said.

In a statement released via twitter, President Kagame added that “the Government of Rwanda attaches great importance to the good relationship and cooperation between Kenya and Rwanda.”

William Samoei Ruto was declared the winner of the hotly contested election by the Independent Electoral and Boundaries Commission (IEBC) of Kenya.