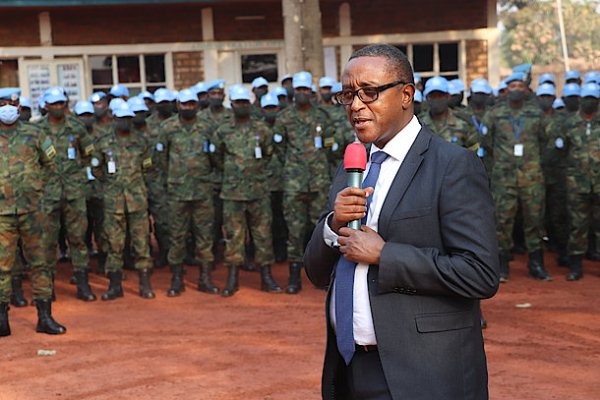 Minister Biruta conveyed a message from HE President Paul Kagame, the President of the Republic of Rwanda and Commander -in- Chief of the Rwanda Defence Force, wishing them a happy new year and thanking them for fulfilling their mission with discipline and professionalism in Central African Republic.

Minister Biruta updated the Forces on current security situation in Rwanda and also on efforts the country has made in fighting the Covid-19 pandemic including giving vaccines to the population. He also briefed them on current relations between Rwanda and neighbouring countries.

The Head of Defence Intelligence, Brig Gen Vincent Nyakarundi urged the Forces to remain very determined in accomplishing their tasks.