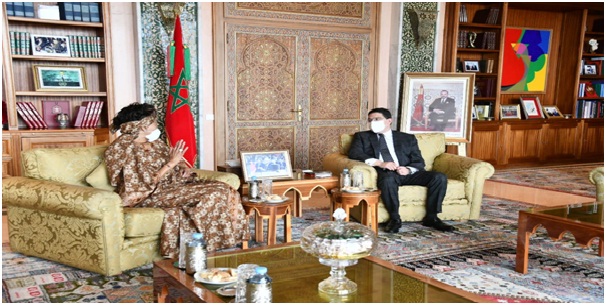 In a statement to the press after the meeting, Mr. Tall Sall said that her talks with Mr. Bourita were an opportunity to highlight the excellent level of relations between Morocco and Senegal, which are “part of this great fraternal friendship”.

“It is a tradition that is enshrined and is at the level of this sincere traditional friendship between the Moroccan and Senegalese peoples and between HM King Mohammed VI and President MackySall,” she said.

She stressed that this meeting was an opportunity “to discuss working relations and how to enhance and deepen cooperation between the Kingdom of Morocco and Senegal”.

“Obviously, we discussed international issues, including Ukraine and African issues, Senegal being the chair of the African Union,” she added.

The visit of Aïssata Tall Sall falls within the framework of the 21st ordinary session of the Executive Council of the Community of Sahel-Saharan States (CEN-SAD), which is currently held in Rabat, following the decision taken by the Extraordinary Summit (April 13, 2019 in N’Djamena), with the participation of the Ministers of Foreign Affairs of Member States to discuss various issues aimed at revitalizing this regional grouping.