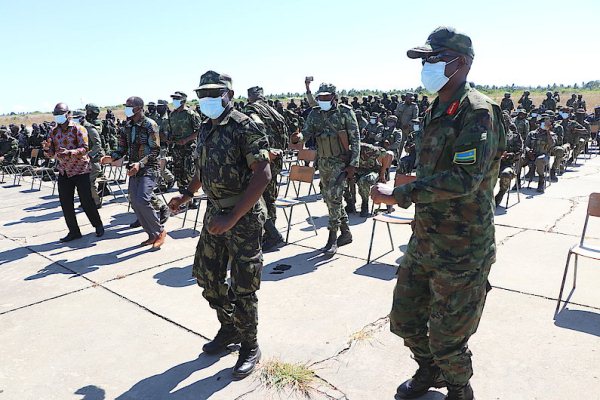 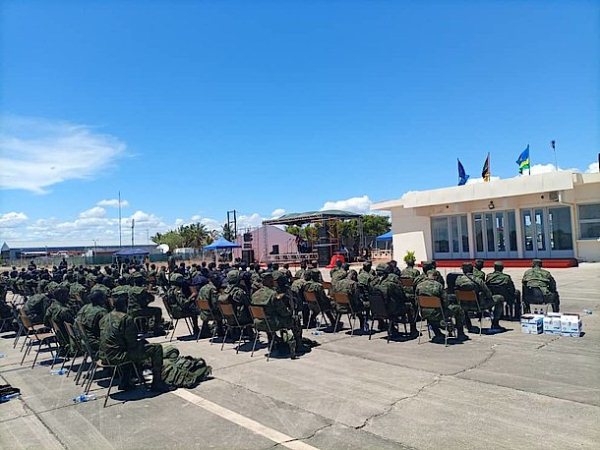 Rwanda Security Forces and representatives from SADC Mission in Mozambique (SAMIM) joined Mozambican Defence and Security Forces in a get-together concert organized by the government of Mozambique at Mocimboa Da Praia Airport premises yesterday 22 Dec 21 from 0830 to 1330hrs.

The purpose of this event was to appreciate the work well done by Rwandan Security Forces (RSF) and SADC forces (SAMMIM) to help Mozambicans to fight against terrorists in Cabo Delgado.

The Chief of General Staff Admiral (CGS) Joaquim MANGRASSE, who was the Guest of Honor delivered a message of solidarity to the joint forces.

He said “We are here to celebrate the achievements made by the joint forces, Rwanda Security Forces and also the SAMIM, because we the Mozambicans value the work done and we thank you all.”

Brig Gen Pascal MUHIZI who spoke on behalf of Rwanda Security Forces thanked the guest of honor for the invitation. He assured the CGS of his continued collaboration with the joint forces and other allies and partners in the journey to restore peace and stability in Cabo Delgado.