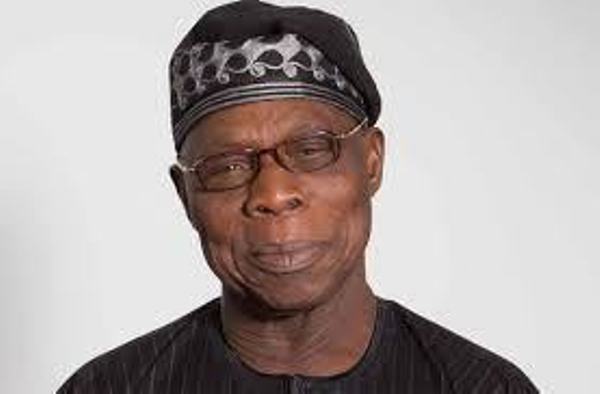 Kigali: Former Nigerian President, Chief Olusegun Obasanjo on Thursday reflected on the 1994 Genocide in Rwanda and declared that 25 years after the strife, the East African country is emerging like colossus.

Rwanda had in April 1994 descended into a state chaos occasioning genocide that led to the death of more than one million people in about 100 days.

Obasanjo who was the former Chairman of the African Union (AU) in a release by his Media Aide, Kehinde Akinyemi, said the lessons of Rwanda served as useful motivation for international action in Europe in the former Yugoslavian crises.

“It was a monumental calamity that should have been avoided or put down by the international community by acting right in the early stage of the calamity.

“It was a tragedy that bestialised Rwandans and by extension, Africans and created a great black spot on the conscience of the world. Never again should Africa experience such horrifying and tragic bestiality and never again should the international community allow such tragedy to take root anywhere in the world without immediate intervention in the interest of humanity.”

Obasanjo, in his speech titled: “From Recovery To Reform: Rewanda’s Marathon With No Finishing Line” delivered at the 25th Anniversary of the 1994 Genocide in Rwanda ,however commended the efforts of the country’s leadership and citizens alike, for the remarkable achievement and progress made 25years after the genocide.

“Today, Rwanda is a country easily accessible to foreigners. It is one where it is increasingly easy to do business. It is one of clean and safe streets with traffic police that do not seek bribes but polite and helpful and, where the Rwanda Development Board actively and efficiently woos investors”.

“To the Rwanda authority, investor is a king and he or she must be so treated. The country is a standard-bearer for women, who make up the majority in parliament. It is a country where cabinet ministers are effectively held accountable for targets, where data drives policy, which is an example of how to roll out basic health insurance.”

He further emphasized that, “a quarter of a century after its terrible trauma, Rwanda is cited as an exceptional African story, in terms of its economic development and growth rates enabling its 12 million citizens to lift themselves out of dire socio-economic and political circumstances in the early 1990s.

“Behind much of this success is Rwanda’s leadership, which has an enviable record in driving the country’s transition, and with minimal resources. It is a leadership which is both impatient and focused. It is one that seems to believe through its actions that development is a marathon that must be run at a sprint. Yes, it is leadership that eschew corruption and work substantially on the basis of meritocracy.

“Certainly Rwanda has managed to overcome formidable odds: a traumatic social history of frequent pogroms culminating in the genocide, its landlocked geography, its status as continental Africa’s most densely populated country (at 440 per km2, compared to the sub-Saharan average of ten times less, and a world average of 57 km2). Despite all these obstacles, Rwanda has achieved spectacular economic progress. For example, between 2005 and 2016 the income per capita grew at an annual rate of 5.2 per cent, second in Africa only to Ethiopia. Literacy has increased from 60 per cent in 1994 to 70 per cent two decades later, while child mortality was halved and primary school attendance has trebled. Poverty fell from 56 per cent of the population to 39 per cent between 2005 and 2013. I salute Rwandans, the leadership and citizens alike, for this remarkable achievement and progress,” Obasanjo was quoted as saying.

He advised that the lessons of the tragedy of Rwanda “must not be lost on Rwanda, on Africa and indeed on the world as a whole. Let the blood of the victims and the stench in the country twenty-five years ago continue to water and invigorate unity, development, growth and progress in Rwanda and remain an object lesson for Africa and the rest of the world.

“Let us continue to use the lesson of the evil perpetrated on the dead a quarter of a century ago for the good of the living today. Let us all go with the theme of this conference, preserving memory without bitterness and without amnesia and championing humanity with common security and shared prosperity,” Obasanjo posited. (End)