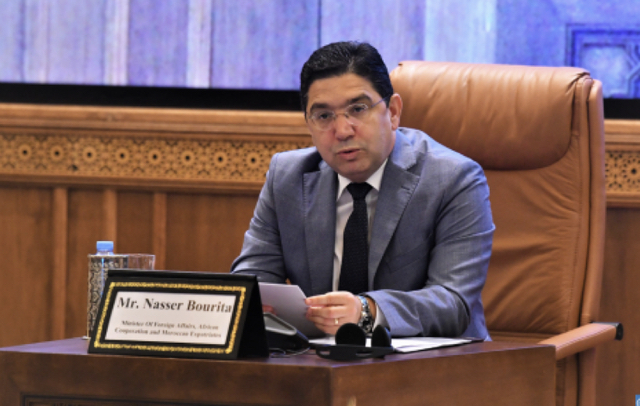 Rabat – The observation and monitoring of elections should be an integral part of democratic and electoral processes in Africa, stressed on Monday June 13, 2022, Minister of Foreign Affairs, African Cooperation and Moroccan Expatriates, Mr Nasser Bourita.

In an address at the opening of a specialized training cycle for African electoral observers, Bourita noted that, over the years, Morocco has developed a world-recognized experience in electoral democracy and political governance. Thanks to the tireless efforts made under the leadership of HM King Mohammed VI, the Kingdom is considered a pioneering model in this field, he said.

“The Kingdom stands out proudly as a haven of peace and stability and as a rule-of-law state with a strong democratic foundation,” said the minister who opened this first-ever training dedicated to African election observers, along with African Union Commissioner for Political Affairs, Peace and Security, Bankolé Adeoye.

The particularity of Morocco’s experience, which is unique at the regional level, has been and continues to be an inspiration at the continental and international levels, said Bourita, recalling that the Kingdom has organized more than forty electoral consultations and referendums.

The Sovereign is committed to promoting human rights and respect for humanitarian values as a means to achieve this goal, through a wide range of actions and measures, initiatives, and projects aimed at laying the foundations of the rule of law, Morocco’s top diplomat added.

In this regard, he recalled the speech delivered by HM the King in 2014 in which the Sovereign stressed that “Africa must trust Africa.”

Under this Royal vision, Morocco has offered to provide special assistance to the Department of Political Affairs, Peace and Security of the AU to strengthen its functional and operational capacities, and ensure more efficient and effective coordination of elections, Bourita explained.

This training, initiated and organized, for the first time, by a Member State of the AU, is, indeed, the perfect illustration of the firm commitment of Morocco, under the High Instructions of HM King Mohammed VI, to effectively contribute to the strengthening of the capacities of the AU Commission, especially in the area of political governance and electoral democracy. “This is a core mission of our Pan-African Organization and one of the strategic objectives of Agenda 2063,” the minister stated.

Africa can, therefore “rely on one of its sons to help develop its capabilities and build together another image of the continent and look at its future,” he noted.

“The observation of elections is not a trivial task. It is the very heart of elections. Election observation is an indispensable tool for improving the quality of elections. It is not just about fighting fraud and correcting mistakes. It is about building confidence, legitimacy and credibility of an electoral process,” he said. The role of observation is to make recommendations to improve the electoral system in the future, Bourita concluded.