As the Angolan Embassy in Kigali is celebrating its country’s National Heroes Day today, September 17, with the theme “Agostinho Neto”, a press conference was held yesterday afternoon and focused on the main heritage of this African leader who considered peace as a priority.

“Agostinho Neto has inspired us to move forward in the process of establishing peace, working for peace and respect for human rights. Neto’s fight has focused on fighting divisions, tribalism, racism and apartheid. Since then, we have moved forward to develop Angola, to help other countries to work in this direction in order to rebuild a great united continent, an organized people and a solid health. This is Agostinho Neto’s great legacy,”Ambassador Eduardo Filomeno Barber Leiro Octavio said. 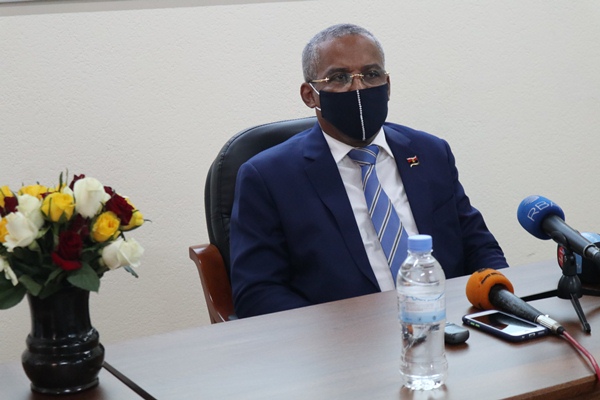 He recalled that the works of Agostinho Neto as leader, writer and poet, stanzas and speeches, remain strikingly topical.

Unfortunately in this period of Covid-19, we will not be able to organize the celebration of National Heroes’ Day as we had hoped.

Angolans came from the Embassy to review Agostihno Neto’s biography so that it could inspire new generations of Africa.

Angola is implementing the strategy to fight Covid-19. The country imported materials to support patients. It built hospitals inside the provinces to treat and carry out massive tests. Support is organized for small businesses and the vulnerable.

“We are sharing information with other leaders on managing the pandemic, including President Kagame. Our Heads of State are working together on treatment and vaccine efforts, as well as their future distribution on the continent. Our countries are sharing information with WHO also on treatment and control strategies,”Ambassador Filomeno Octavio said.

Agostinho Neto was born on September 17, 1922 in Kaxicane, Parish of Sao José, Municipality of Icolo and Bengo, City of Catete, Province of Luanda. He was the leader of the MPLA and the first President of independent Angola. (To be continued…)