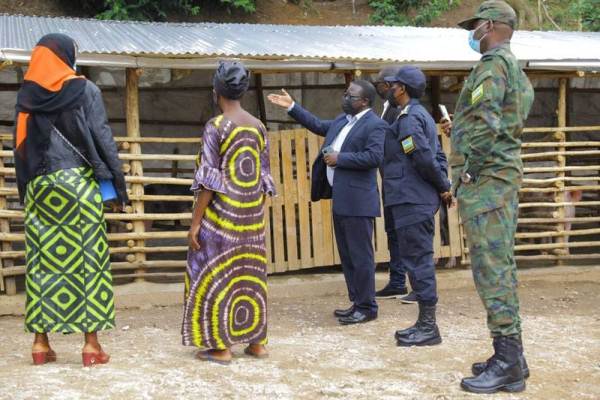 Rwanda National Police (RNP) has supported community development activities to a tune of close to Frw1 billion as part of its 21st anniversary also known as ‘Police Month.’

The 2021 Police Month held under the theme “21 years of partnership in policing towards sustainable safety and better livelihood for the community,” concluded on Tuesday, December 28, when RNP handed over different projects to the disadvantaged beneficiaries across the country.

The projects include 30 houses for the disadvantaged families, 4,578 households lit with solar power system; 11 cooperatives in fishing, beekeeping, piggery and poultry were also given financial support.

RNP in partnership with City of Kigali also awarsed a pick-up vehicle to Bumbogo Sector of Gasabo District for its outstanding efforts to raise awareness to prevent the spread of Covid-19. 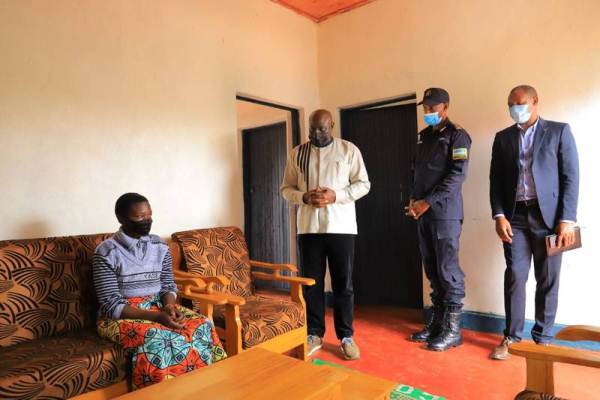 Others include 1,600 families across the country that were given medical insurance, 13 modern cattle spray races were also constructed in Nyagatare, Gatsibo and Kayonza; and four families in Gishari, Rwamagana District were given heifer.

In the Western Province, the official closing of the Police Month held in Rubavu was presided over by Governor Francois Habitegeko, who was accompanied by the Deputy IGP in charge of Administration and Personnel, Jeanne Chantal Ujeneza.

At least six cooperatives in fishing, hog farming and poultry in Rubavu were given a financial support of over Frw40 million. The cooperatives were formed by former smugglers and those who were formerly engaged in other illegal activities.

A total of 1379 households were also powered with solar energy in the Western region where seven families were also given houses.

Governor Habitegeko lauded the impact of Police Month in further transforming lives and crime prevention in the region.

“We continue to see the impact community policing and this is one of the many activities that the Police engages in to ensure progressive and crime-free communities,” said Governor Habitegeko.

He appealed to residents to fight against cross border crimes and work with Police and other security organs against any sort of insecurity.

DIGP Ujeneza said that the outreach activities strengthen beneficiaries’ efforts to improve the well-being of Rwandans as well as fighting criminality.

“Rwandans and beneficiaries in particular, are our first partners. This is an example that you can stop whatever illegal activities you are doing and engage in developmental acts. As beneficiaries, continue to mobilize others to refrain from criminal acts like smuggling and drug dealing,” DIGP Ujeneza said.

In City of Kigali, Mayor Pudence Rubingisa, while handing over the vehicle, said that the conclusion of the Police Month should not be perceived as the end of the fight against the pandemic and lawlessness.

Present was also DIGP in charge of Operations, Felix Namuhoranye.

“The Police Month brought innovative ideaa against Covid-19, fighting and preventing crimes while supporting community development. We thank our Police for these progressive foundations, which we should carry on even as Police Month comes to an end,” Mayor Rubingisa said.

Meanwhile, in the Northern Province, Governor Dancilla Nyirarugero, while addressing residents of Burera District, thanked RNP for the initiative and called upon citizens for joining their efforts in fighting criminal acts.

“The Police Month has offered basic necessities like shelter, medical insurance and strengthened cooperatives in this district, like in other parts of the country. These impact on socio-economic development and it is also a challenge of what you as the residents should be doing to fight whatever that can destroy such development activities,” Nyirarugero told the residents.

Five beekeeping cooperatives in the Nothern Province were given 150 beehives, including 40 in Burera District alone. 732 households were also lit with solar power system in the province. 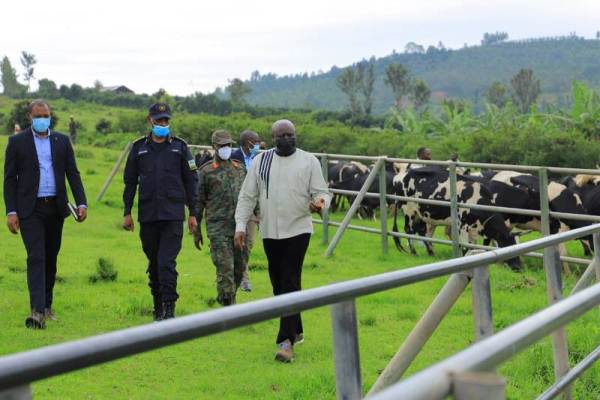 In the Eastern Province, Governor CG Emmanuel K. Gasana said that the Police Month and the RNP community development engagements in such period of the pandemic, define the country’s governance system that focuses mainly on the wellbeing of the citizens.

RNP powered 1, 458 households with solar energy in the Eastern Province and 1000 residents given healthcare insurance.

“These outreach activities are invaluable… they strengthen the community policing initiatives and other networks the institution set to support the government development programmes. Such home-grown solutions are the foundation and national pillars to sustainable human security,” said CG Gasana.

In the Southern Province, the event was held in Muhanga District where Governor Alice Kayitesi handed over different projects and urged the residents to partner with the police and other security organs to ensure community safety.

“The partnership between the Police and people in the Southern Province continue to transform lives and today were witnessing another milestone towards sustainable security and development,” said Governor Kayitesi.(End)