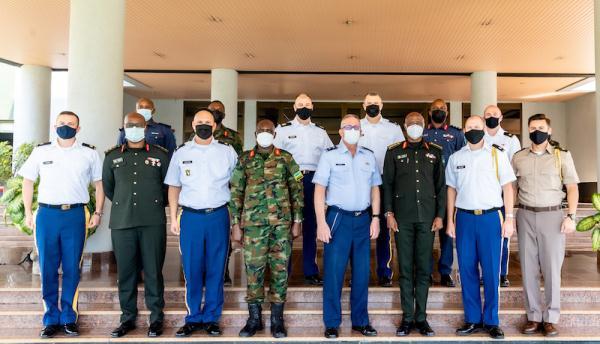 Through video conference, Lt Gen Jaromir ZUNA, Deputy Chief of General Staff of the Czech Republic Armed Forces and his team will as well be part of the discussion on Monday 1 November 2021.

The trilateral engagement between the Rwanda Defence Force, the Czech Republic Armed Forces and the Nebraska National Guard opens door to opportunities for all parties to support each other in many areas of mutual interest.

The trilateral partnership was arranged through the State Partnership Program (SPP), a US Department of Defense (DoD) security cooperation programme, managed and administered by the National Guard Bureau.

The SPP started in 1992 as a way of establishing professional contacts between the US military and foreign militaries.

Today, it is a significant component of DoD’s security cooperation efforts, linking states within the USA to 83 sovereign countries around the globe of which 15 are African countries including Rwanda.

Rwanda joined the programme on 12 December 2019 through an agreement that was signed in Kigali, between the CDS, Gen J Bosco Kazura and the Adjutant General of the Nebraska National Guard, Major General Daryl L. Bohac.(End)