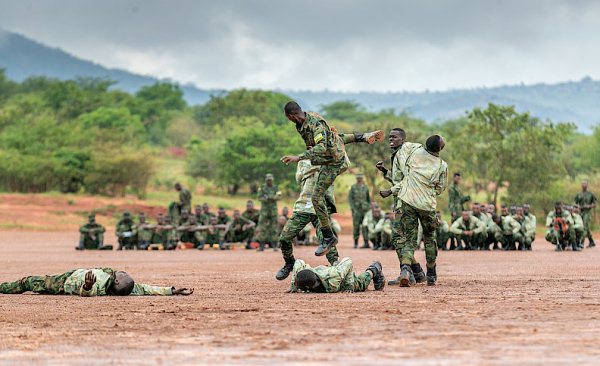 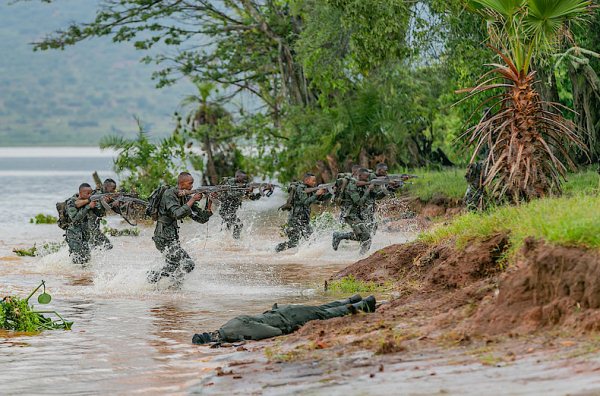 A total of 302 special operations forces completed an 11 months Basic Special Operation Forces training at the Basic Military Training Centre (BMTC) in Nasho. They include 18 Junior 0fficers (Lieutenants) and 284 Private ranks including 12 females.

This milestone demonstrates another step in achieving the objective of developing forces with special force skills provided for by RDF leadership guidance.

The graduation ceremony was presided over by the Army Chief of Staff Lt Gen Mubarakh MUGANGA on behalf of the RDF Chief of Defence Staff. 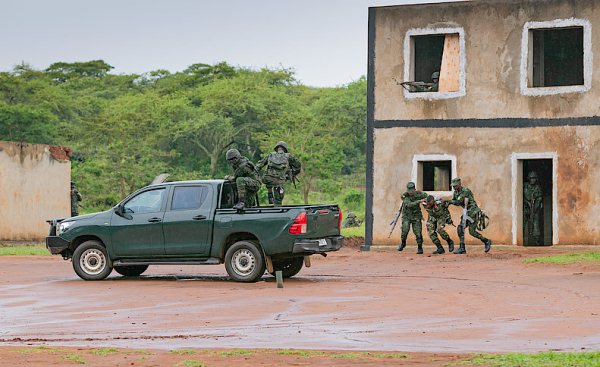 In his remarks, the RDF ACOS commended the graduates for their milestone achievement, commitment and discipline. He also appreciated the leadership of the training centre for their effort in forming the officers and men to meet RDF expectations.

He urged them to use the special skills acquired to protect the sovereignty of Rwanda and protect its people and keep the readiness, observe high discipline, ethics and core values of RDF as a legacy from their predecessors.

The overall best officer, Lt Robert Mugabe said that his success during the training was due to teamwork and emphasised he will use the acquired knowledge to fulfil future military career assignments. (End)