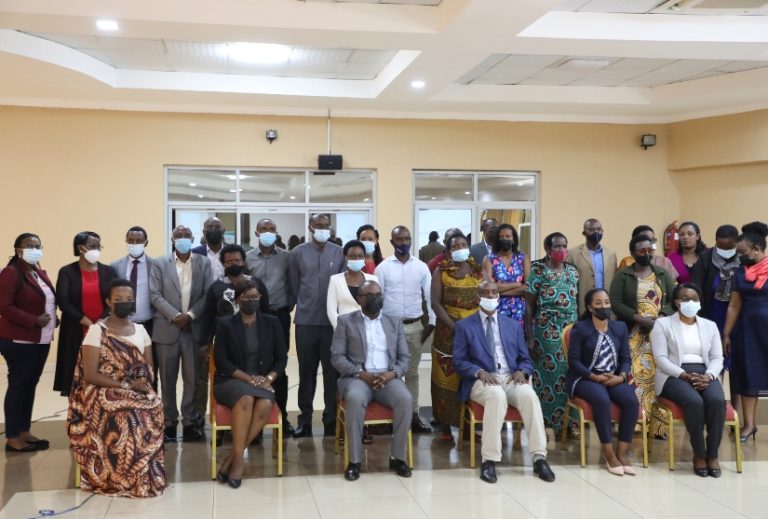 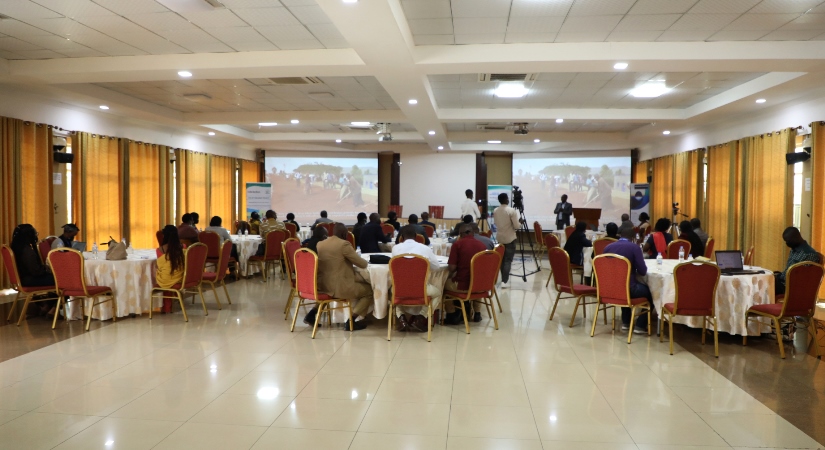 Rwanda Development Organisation (RDO) together with partners on Tuesday, 14th December 2021 held a national dialogue on gender and youth mainstreaming strategy in Agriculture 2019-2026 at Lemigo Hotel in Kigali.

The dialogue comes following an assessment of strategy launched two years ago by the ministry of agriculture. The assessment was conducted with the overall aim of a baseline against which a more gender-responsive planning, programming, monitoring and reporting and advocacy can be established.

Officially opening the dialogue, the Minister of State in the Ministry of Agriculture and Animal Resources, Dr. Jean Chrysostome Ngabitsinze said that when you look at all the value chains in agriculture and you see youth and women involved you will understand why we should have a strategy.

He said that over 60% of Rwanda’s population are youth and women and most of them are involved in agriculture. But there are inequalities along the value chains like when you observe access to finance between men and women where there is a big variation.

The minister recognised that there were some gaps in the strategy as identified by the assessment indicating however there was still time to change things together as the strategy was going into its third year of implementation, and there was going to be a review soon.

“We can do more, we can do better and that’s why we are here to dialogue,” Minister Ngabitsinze said. Adding that, they are putting together resources so that the agriculture sector is not for one part of the population but for all. 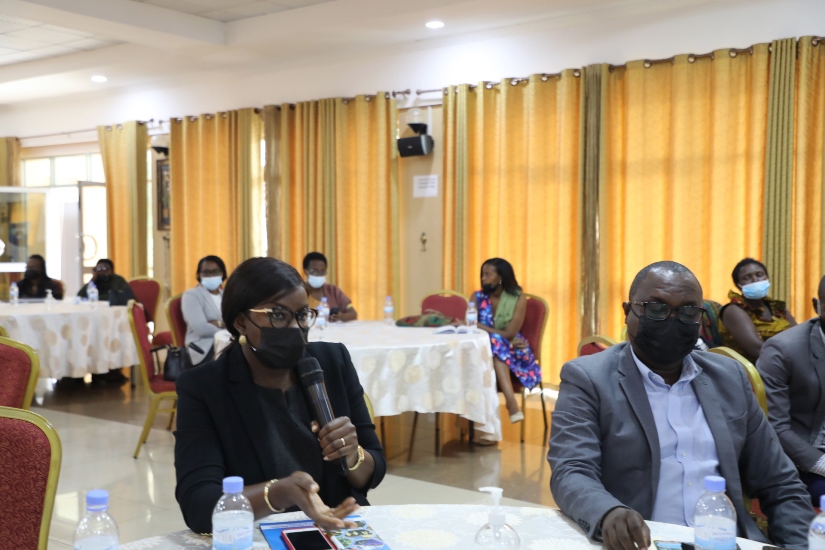 Madam Fatou Aminata Lo, UN Women Representative in Rwanda observed that the assessment should help to have a much more granular understanding of the ways in which needs are being taken into consideration and come up with ideas and recommendations to improve and correct the approaches.

She underlined that the gathering was even more important since little progress had been made so far in implementation of the strategy that brings us together but it is still early in the years of the strategy and there was opportunity to shift and shape its final years.

She congratulated RDO for convening all stakeholders to the dialogue for rich discussions examining the findings and recommendations of the assessment and give candid feedback to improve it.

Madam Fatou highlighted the excellent partnership UN Women has had with RDO, saying that working with the organisation she found the team very effective, proactive and has always had frank discussions with the RDO Executive Secretary, Eugene Rwibasira.

The discussions came back to how very little progress had been made so far in the implementation of the strategy and one of the major challenges was how institutional framework of the strategy was lacking clear definition of roles with regard to who does what and who reports to and who coordinates the entire implementation process.

Another challenge discussed was how limited understanding of the link and difference between gender and women empowerment concepts and approaches as well as lack of a comprehensive monitoring and evaluation framework of the strategy.

As many commended RDO for the initiative to organise the dialogue, the assessment had pointed out limited policy dialogue between policy makers and implementers and rights holders was another impediment affecting the implementation.

Access to information was highlighted during the discussions as an important precursor in the agriculture sector especially to the women and youth who face the most difficulties in low levels of the value chains.

Aurore Agasaro, a youth farmer underlined the importance of having the right information speciality the youth who wants to know the reality of things.

She said that starting agriculture on her part was to practise what she was teaching while undertaking consultancy to support farmers and she now better understands as a youth and woman farmer means.

Eugene Rwibasira, the Executive Secretary of RDO said that the strategy was very important since it recognises women and youth inclusion is very important in agriculture development because when you bridge the gender gap you increase GDP by a certain positive margin.

Rwibasira said that the assessment identified gaps in the strategy but also showed that there was need to work together as different stakeholders in order to improve.

John Mutamba, a gender expert and consultant who conducted the assessment said that there were wide gender gaps in the agriculture sector found where women are in disadvantaged positions with regard to access and control to resources and services, participation and decision making.

According to research findings, working women in Rwanda are more involved in agriculture at 63% as compared to men who stand at 43 per cent.

The gender and youth mainstreaming strategy is a comprehensive document on mainstreaming gender in agriculture sector but two years after its launch it is yet to be widely disseminated and implemented.

The study found that there is weak engagement and ownership of this strategy among stakeholders as well as weak institutional framework of the strategy with no clear roles and responsibilities of implementing partners.

Another important component found is lack of a well-defined role of the private sector and civil society organisations in the strategy.

Farmer representatives from the districts of Kayonza and Nyagatare

Odette Mukarusanga, from Abanyamurava cooperative of farmers in Kayonza, attended the dialogue and thanked the organisers for including farmers during the discussions. She said that when you include beneficiaries in the planning processes it greatly helps in reaching your targets.

She said that, when farmers know that they participated in something it even greatly enhances ownership and you are sure of good results.

The dialogue was the first step where the study findings has initiated discussions that will also create an advocacy tool to engage different actors in finding solutions to effectively tackle gaps in the strategy.