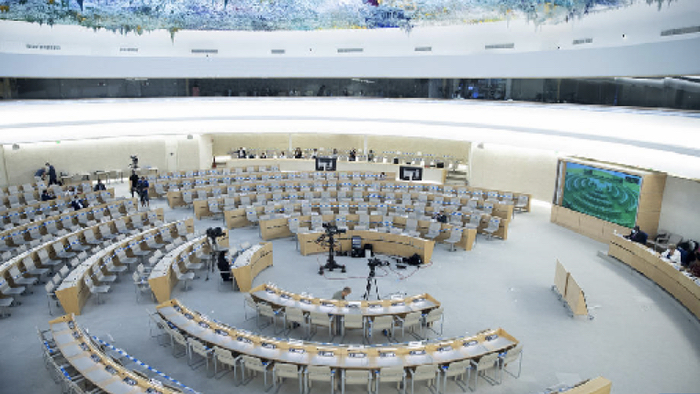 Geneva: The Support Group for the Territorial Integrity of Morocco in Geneva, made up of some 40 States, reaffirmed on Tuesday, before the Human Rights Council (HRC), its support for the full and complete sovereignty of the Kingdom over its Southern Provinces and to the serious efforts it is undertaking for the settlement of the conflict over the Moroccan Sahara.

In a statement delivered during the 51st session of the HRC by the delegation of the UAE, the Support Group recalled that the Sahara issue is a political dispute dealt by the Security Council which recognizes the pre-eminence of the autonomy initiative presented by Morocco as “credible and serious” for a final political solution to this regional dispute.

The statement welcomed the opening of several Consulates General in the cities of Dakhla and Laayoune, which constitute a lever for strengthening economic cooperation and investment, for the benefit of local populations and for regional and continental development.

Recalling that the resolution of this regional dispute will contribute to achieving the legitimate aspirations of the African and Arab peoples in terms of integration and development, the group welcomed the efforts of Mr. Staffan De Mistura as the new Personal Envoy of the Secretary General of the United Nations for the relaunch of the exclusively UN-led political process on the basis of the format established during the two round tables in Geneva, in accordance with the resolutions of the Security Council, in particular Resolution 2602 of 2021, aimed at achieving a political, realistic, pragmatic, lasting solution based on compromise.

The group underlined that Morocco has been engaged for many years in a constructive, voluntary and profound interaction with the United Nations human rights system, in particular the office of the High Commissioner for Human Rights (OHCHR), for the promotion and respect of human rights throughout its territory.

Referring to the resolutions on the artificial dispute over the Moroccan Sahara, the statement noted that the Security Council welcomes the role played by the national and regional Human Rights Commissions in Dakhla and Laayoune and the interaction between Morocco and the mechanisms of the Human Rights Council of the United Nations.