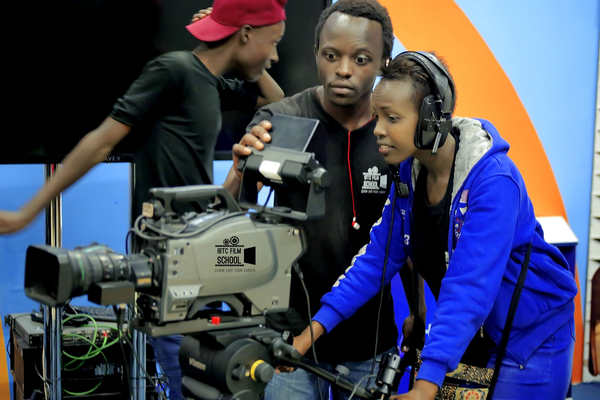 The Rwanda Film Office initiated a call for projects with a total budget of 184 million RWF to support filmmakers at various stages of production, from writing to post-production. This pilot project is a milestone in the structuration process of the audiovisual sector in Rwanda. It has been made possible with the support of Gesellschaft für Internationale Zusammenarbeit (GIZ), Organisation Internationale de la Francophonie (OIF) and ACP-EU.

Rwanda’s audiovisual sector is highly promising in terms of jobs and revenue creation. Additionally, it promotes Rwanda internationally and spreads its culture, which attracts more tourists. In Africa, the sector has the potential to create 20 million jobs and contribute $20 billion to the continent’s combined GDP, as a UNESCO study outlined recently.

It is in this line that the Rwanda Development Board (RDB) launched the Rwanda Film Office (RFO) initiative in 2019 to centralise audiovisual and film industry services and assist audiovisual players in enhancing their operational capacities.

Since the beginning of the initiative and with the support of close partners such as GIZ and OIF, the Rwanda Film Office is entering a new phase, full steam ahead. With this first call, up to 26 projects will benefit from the support, which range from script–writing to post-production. The grants start from 200.000 RWF for “pitch support” up to 30.000.000 RWF for production and 82.500.000 RWF for an international co-production, cofounded by OIF to strengthen productions from ACP countries.

To fulfil the sector’s needs, this call has been designed in close consultation with filmmakers and the Rwanda Film Federation, who will also be involved in the selection process. (End)