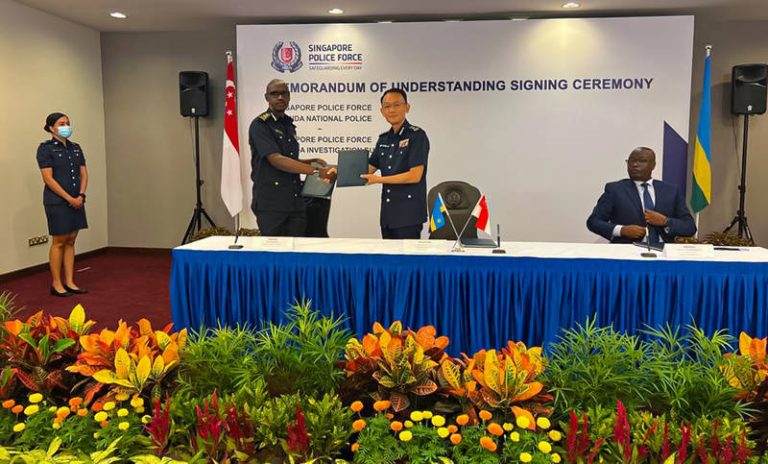 The Inspector General of Police (IGP) Dan Munyuza is leading a delegation that includes the Secretary General of Rwanda Investigation Bureau (RIB), Col (rtd) Jeannot Ruhunga, for a four-day visit to Singapore to establish bilateral cooperation between law enforcement agencies in the two countries.

On Tuesday, August 23, IGP Munyuza and his host, CG Hoong signed a Memorandum of Understanding, which highlights key areas of Police cooperation between the two Police forces in capacity development as well as fighting and preventing transnational organized crime.

Both IGP Munyuza and CG Hoong Wee Teck expressed commitment of their respective Police institutions to fight crimes and exchange of experiences in various areas of policing.

The two Police Chiefs termed the agreement as a “significant step in bilateral Police cooperation” and that it “bears steadfast commitment to combatting transnational organized crime and contributes to the safety and security of citizens as well as making the respective regions and the world a safer place.” (End)