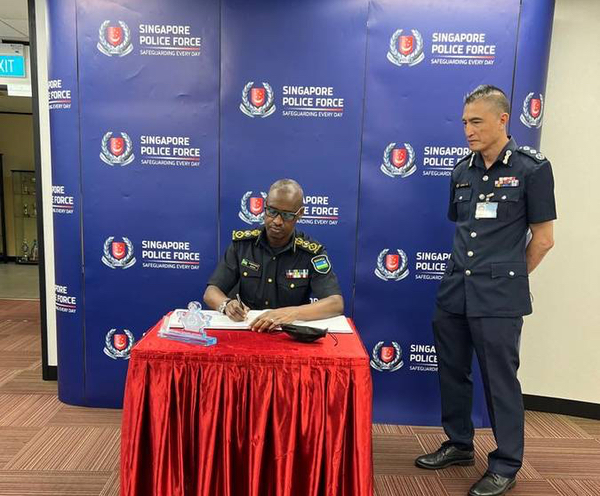 IGP Munyuza and his delegation were received by the Deputy Commander of Training Command, DAC Wendy Koh, who briefed them on various training programmes offered at the Training Command.

At the Singapore Traffic Police headquarters, they shared experiences on management of traffic and road safety.

The cooperation agreement was also signed between RIB and Singapore Police Force.