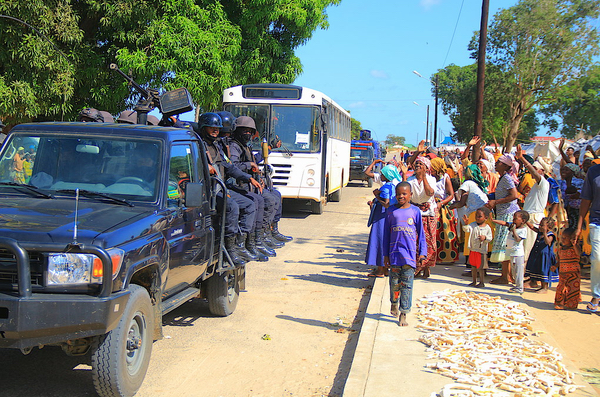 The Joint Forces of Rwanda and Mozambique, started helping the people displaced by the terrorists to evacuate them from a vast camp of Internally Displaced People (IDP) of Quitunda in Palma District, which is near Afungi port, to return to their homes in Mocimboa da Praia city.

The first batch of 123 displaced headed to their homes where the Rwanda Security forces provided escort to their homes in Nanduadwa village. The District’s Municipal Council Leader Mr. Momba Cheia Carlos chaired the event accompanied by other local leaders. In total 3,556 people will be returned to their homes from Quitunda IDP camp.

Rwandan troops depart for Mozambique in July2021 to help the country combat an escalating Islamist insurgency that threatened its stability. More than 3,000 people have been killed and 820,000 displaced during the conflict. (End)