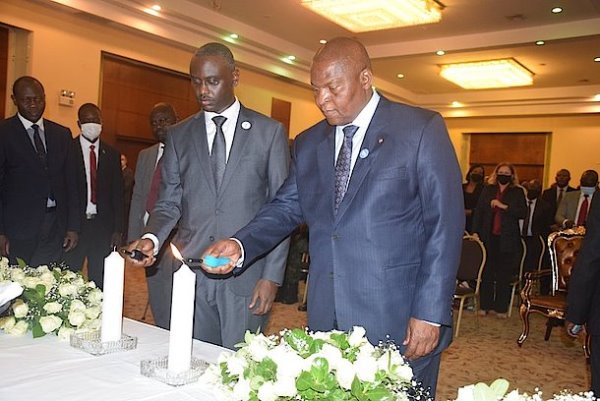 Rwandan peacekeepers in Central African Republic (CAR) and South Sudan yesterday joined Rwandans and the World to mark the 28th commemoration of the 1994 Genocide against the Tutsi.

In Central African Republic, the commemoration was jointly organised with Rwanda Diplomatic Mission in CAR and held in Bangui Capital.

It was attended by the Head of State, HE President Faustin Archange TOUADERA.

In his speech, Olivier KAYUMBA, Head of Rwanda Diplomatic Mission in CAR thanked President TOUADERA for joining Rwandan community in CAR for the 28th commemoration of Genocide against Tutsi in Rwanda in 1994. He stressed that Rwanda’s history before 1994 was characterized by hatred, divisionism and dehumanization among the Rwandans that resulted into the loss of more than one million innocent people in 1994. 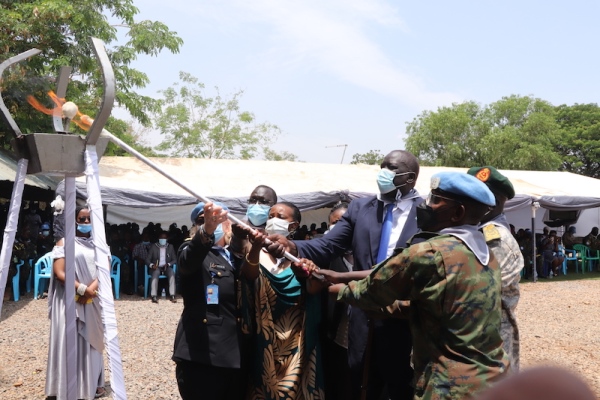 The Minister of Foreign Affairs, Francophonie and Centrafrican Community abroad, Madam Sylvie Baïpo-TEMON acknowledged the effort of the Rwandan Government and the people of Rwanda in the reconciliation and national unity as sign of hard work and good political will of President Kagame who focuses on good governance and social economic development.

A separate commemoration was also held in Bria, Haute Kotto Province and attended by different officials and local leaders including officials from the United Nations Multidimensional Integrated Stabilization Mission in the Central African Republic.

On behalf of the Government of South Sudan, the Minister of cabinet affairs Dr Martin Alia Lomuro thanked the leadership of Rwanda for keeping the country united after the 1994 Genocide against Tutsi. (End)

CAR genocide against the Tutsi peacekeepers