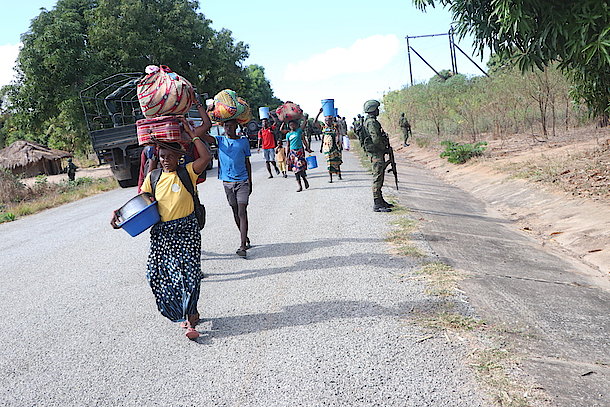 Since April this year, Rwandan Security Forces together with the Mozambican Army and Southern African Development Community (SADC) forces launched offensive operations to destroy terrorists bases in Catupa forest, northeast of Macomia District, in Cabo Delgado province in which they rescued over 600 hostages.

The Islamic State in Mozambique (IS-MOZ) terrorists groups were forced to flee to Nkoe and Nguida localities of the same district as they are still being tracked down by the joint forces.

59-year-old Abdulahim Abrugo who was held by the terrorists for a year in Catupa forest, thanked the joint forces who rescued him and applauded the courage of Rwandan Security Forces who assured him to bring back his daughter who was left in hands of terrorists. (End)