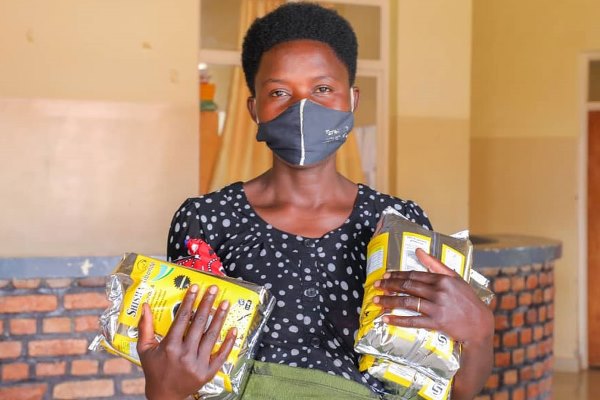 Shisha Kibondo has been accredited to be the most effective component of interventions implemented in Bugesera district to reduce stunting and malnutrition in needy families. In Rwanda, the Government distributes free fortified blended food (FBF) supplements to children < 2 years of age in Ubudehe category 1 (and some in category 2). Pregnant mothers belonging to the above mentioned categories also receive fortified blended food called Shisha Kibondo in the local language. The Shisha Kibondo supplement is a maize-corn blend with vitamin/mineral premix produced locally by Africa Improved Foods.

Women who receive Shisha Kibondo in Bugesera district revealed the benefits of the flour to their children’s health.

I have realized a huge difference in a very short time since I started taking the Shisha Kibondo flour. My weights were constantly the same but now I gained almost seven kilograms’’ said Muhawenayo.

I used to get sick so often, when I was pregnant and I used to have some complications but by the time I started taking Shisha Kibondo my entire family realized a difference’’. Said Musabyimana.

Niyonsenga Martha a resident of Kamugore village, Rutonde cell credits shisha kibondo for the exceptional growth of her child.

“My child does not get sick obviously like his older siblings, he is growing well considered to his older siblings who experienced retarded in growth. I used to take my other children to the village kitchen to improve her nutrition but my younger child whom I started giving Shisha Kibondo at an early age is growing so very well “said Niyonsenga.

Viateur Ndayisaba, the District Health Director, mentioned that the district has put in practice different strategies to fight stunting and malnutrition in children and revealed that the journey of fighting stunting starts within pregnancy.

Fighting malnutrition and stunting starts when we take care of a pregnant mother, if she takes that nutritious porridge which contains different minerals and vitamins, we assure that she will give birth to a child who has a good health. After the baby is six months old, the child receives Shisha Kibondo.’’ said The District Health Director.

Bugesera district has more than 3,800 pregnant mothers who receive Shisha Kibondo flour while more than 8000 mothers who have children under 2 years old also receive the flour. In 2021 Bugesera District counted 170 children who had malnutrition but now it counts 49 children, including nine who are in red color. The main goals of the Government of Rwanda is to speed up the reduction of stunting in order to achieve the National Strategy for Transformation (NST 1) set at 19% by 2024. (End)