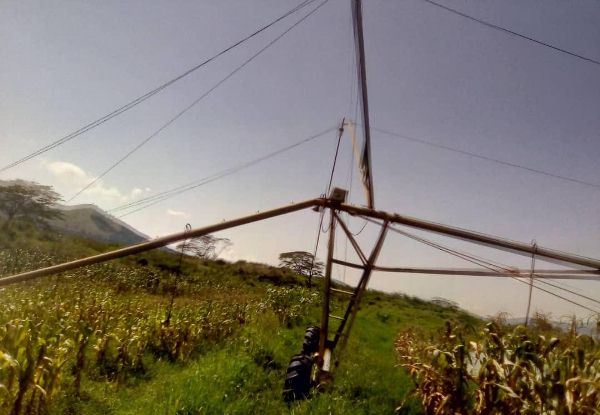 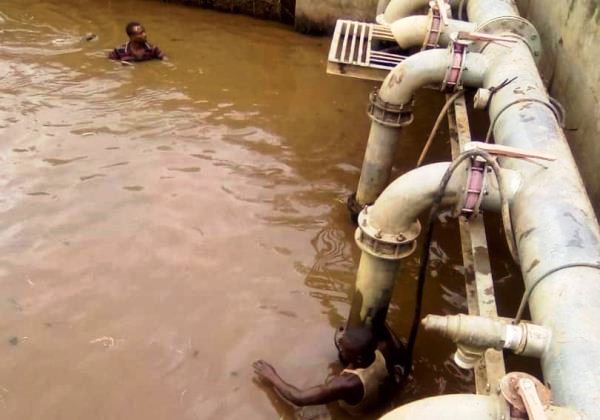 The construction of new dams in some parts of Nyagatare, a district in North-eastern Rwanda has helped local residents address potential water shortages and outdated irrigation systems that have long hampered agricultural development in this remote rural region.

Now farmers in the area like Muhire Ganza, say the dam has significantly led to agriculture transformation in this region which is a major step towards improved productivity and household income.

As part of efforts to support sustainable irrigated agriculture, the dams are playing a vital role in improving water, food and nutrition security by harnessing water resources for irrigation, domestic and livestock use while ensuring sustainability of the resources and building resilience against climate change and variability.

“Before dams were introduced, the lack of water severely affected most of farmers because they depend on small-scale agriculture for their livelihoods,” Muhire said.

The water used is pumped from the nearby Muvumba River.

So far, these works mainly consist of wheeled irrigation system for crops and water for livestock which is enabling farmers to be resilient to drought that had adversely affected their yields before its establishment.

Christine Dusabimana, 46, a widow and cattle farmer appreciated the project, concurring that it offers a relief to the residents in this drought-prone district of the Eastern Province.

Dusabimana explains that, due to poor rainfall patterns they would move to neighbouring districts in search of water for her cattle and would leave her four children for two to three days alone.

With the new project, she is able to tend to her cows at home with her children and earns at least two hundred forty thousand francs (Rwf.240, 000) on average every monthly from the sale of milk.

Dusabimana in red dress cultivating together with her colleagues

“The Muvumba River has existed for a long, and as of now its waters are being effectively utilized to our benefit as residents. This project is timely and commendable,” she added.

But the multipurpose project which is expected to provide clean water to about 300,000 people, and ensure 7,380 hectares of farmland is irrigated, also involves the construction of a dam with a

30.5m height and the capacity to contain 35 million cubic metres (m3) of water. It will also have a power plant which is expected to generate 740KW of electricity by 2024.

Reports from the ministry of Agriculture indicate that the Muvumba Valley Irrigation Scheme consists of four types of irrigation namely: center pivot irrigation, drip irrigation, sprinklers and graviton; with all the systems being set up to manage the drought issues affecting the area.

Whereas the water needed to supply an irrigation scheme is taken from Muvumba river, the upper course provides water for tea plantations in the high altitudes in northern Rwanda, while its lower course serves and facilitates irrigation of rice fields, maize, other crops, and provides fresh water to livestock farmers in the north east.

Agriculture is the main livelihood of the families and it depends on rainwater in this rural part of Rwanda/ The main impact, according to experts is the availability of water to irrigate their crops as well as water for both villagers and their livestock.

Otto Muhinda, FAO deputy representative to Rwanda notes that knowing the country’s irrigation potent is key to not only deciding interventions that can boost smallholder farming, but also stimulate investments in the agricultural sector.

The country currently practices irrigation on 48,500ha, but government plans to expand this to

102,281ha by 2024 as per the fourth development plan for agriculture transformation.

Official estimates show that the estimated cultivable land that can be irrigated countrywide is 600,000 hectares.

Yet funding for the modernisation of irrigation systems and irrigated farming in this region was through aid from government and other development partners, Rwanda is also relying on other appropriate irrigation technologies for the different regions in the country, such as river diversions, pumping from underground sources and rainwater harvesting among others.

Nyagatare district which is characterized by lowly inclined hills separated by dry valleys, current irrigated agriculture land has shown that production can be tripled or more when combined with appropriate fertilization and cultural practices.

However, poor water resource management of this watercourse had led to disputes and sparked arguments during the dry seasons mainly between farmers on the upper side who would divert the waters that flowed into the downhill catchment leaving others and cattle keepers struggling.

In a move to address these challenges, a USD 10 million World Bank funded project was launched in 2015 to establish a water reservoir to help farmers cope with dry seasons.

According to the Minister of Finance and Economic Planning, Dr. Uzziel Ndagijimana the project currently provides clean water to over 300,000 people, while cattle keepers are able to graze and feed their livestock.

“The aim of the initiative is to use Muvumba to supply water for residents to meet domestic needs, livestock farming, irrigation of crops to increase food production, as well as generating power,” said the senior Rwandan Government official.

Jean Marie Bugingo, an agricultural expert from Nyagatare District says that since agriculture is the main livelihood of most families and it depends on rainwater in this remote part, the main challenge is the availability of enough water during the increasingly prolonged dry periods.”

“Rwanda is challenged by climate variability manifested through changes in rainfall patterns with more extreme events. In addition, there is an increased pressure on the resources due to population growth, intensification of agriculture, rapid urbanization, industrialization, added to the competing demand on water and deterioration of water quality.”

According to Bugingo, the component of water from Muvumba Multipurpose Dam for livestock consumption should be give equal attention to both livestock and crop farmers even though Nyagatare is the country’s livestock base strategic for dairy farming.

On the issue of route conflicts between crop and livestock farmers, Bugingo pointed out that “absence of livestock routes and conflict between herders and farmers there is need for Creation of livestock corridors, development of local conventions on natural resource management, need of more awareness through mutual dialogue of conflict management and transhumance through community consultations. ”

“There is also a problem of Feed scarcity where there is no much support for cultivated forage which could feed the animals as an alternative for green pasture, animal diseases and the cost of irrigation equipment that farmers are finding costly to purchase, that all relevant authorities should try put more emphasis on helping farmers,” concluded Bugingo.

Muhire Ganza, a rice and maize grower from Rukomo sector, is one of the beneficiaries reaping the rewards. He says that the dam and irrigation system is changing lives in Nyagatare and it is a significant change. Last season, he ecstatically enjoyed a bumper harvest of seven tones out of which three were rice and four of maize, thanks to the irrigation system.

“The project has improved access to drinking and irrigation water, increased crop and livestock production as well as farmers’ income. With the profit from the sale of my produce, the extra income enabled me to purchase two cows, pay school fees and medical insurance for my children.” 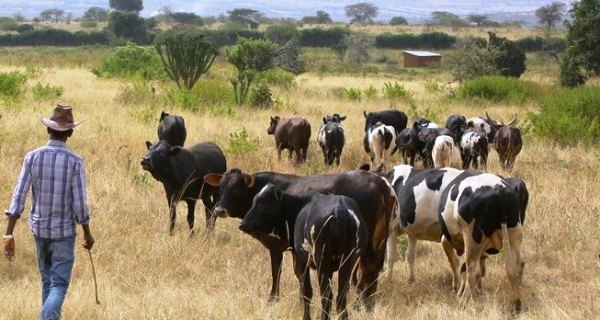 In order to promote best practices for sustainable water management, the Food and Agriculture

Organization (FAO) of the United Nations established dialogues between farmers on how to use the dam.

Damascene Ngabo, an agronomist from Kiyombe sector, Gataba cell, who advises farmers on a day-to-day basis, says to sustain the farmers, cooperatives and Muvumba irrigation scheme should be introduced to innovative farming programs such as agriculture mechanization.

“For irrigation farming to be sustainable, different stakeholders should intervene, infrastructure should be built for transportation of produce to the markets on time,” he said.

Meanwhile, pumps and drainage pipes at some places have been set up, with varying levels of success.

These challenges, according to experts occur at farm and schemes levels where community participation is key to participate on an equal footing in irrigation committees to decide how it is distributed, conserved and managed.

“Yet this development of large-scale cropland irrigation is enabling additional benefits from hydropower generation, these technologies still need to fulfill necessary requirements to ensure  that the system has a higher water productivity for crops,” said Norbert Murasira, an irrigation engineer based in Kigali. (End)