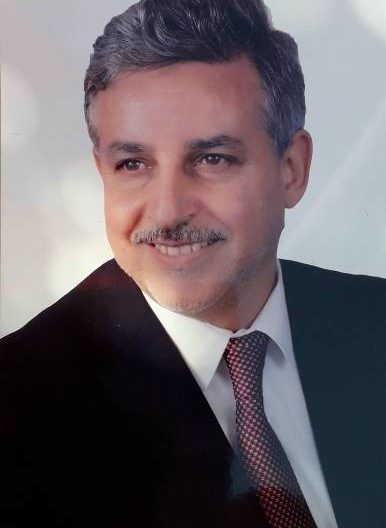 Indeed, in last months, globalization has come under very sharp criticism because the pandemic has spawned new barriers at breathtaking speed.  Closed borders, quarantine imposed on people, travel bans, paralyzed supply chains, and export restrictions have prompted many to ask whether globalization itself might fall victim to the Coronavirus.  It’s the worst pandemic the world has known since the Spanish flu of 1918-1920, causing an unprecedented economic recession.

In this regard, we note that in 2008, the efforts of the whole world joined forces against the danger of the collapse of the financial system, but in 2020 the pandemic Corona threatened the world, its failed to develop a unified strategy to confront the pandemic.

“The health crisis linked to the Covid-19 epidemic should lead us to define new criteria for decision-making in terms of global economic governance, said Thomas Piquetti [1].  Its suggest that globalization must again be governed.  In fact, globalization is currently in a crisis, and consequently the world must reform their contents and goals, on the basis of social and humanitarian solidarity.

Even the countries of the North, as in the case of European Union countries, seemed dismantled in the face of the epidemic, in the absence of effective coordination and healthy solidarity. In In this regard, Richard Fontaine said [2] :” the nature of globalization’s next phasewill be the larger question against which many of the most important political debates of the coming years will play out” . So, , the world must rethinking the future globalization , because the pandemic will accelerate his transformation.

France and Germany are not only closed their borders to travelers but barred the export of face masks, even to friendly nations.  Where every country suddenly fights for itself.

Both countries refused to provide medical supplies to some European Union countries such as Greece, while Cuba offered to help Europe in its ordeal to confront the Corona virus, although this country suffers from sanctions and economic blockade, and indicated that the European Union is not an example for solidarity or cooperation.  European restriction measures in the face of the current health crisis was not a unified and effective policy.

In addition, the coronavirus pandemic will definitely lead the world toward a new architecture for globalization.  As in the absence of effective international coordination and international health solidarity, the bend industrially advanced countries in the field of medical biology have not been able to eliminate a microscopic virus such as the emerging corona.

Initially, both the United States and Europe attempted to confront the epidemic, countries committing to sanitation procedures, disrupting public life, and closing institutions and companies, especially pharmaceutical companies that make fictional money, due to economic considerations dictated by the “wild neoliberalism” that rules the world.

But these countries, in front of the increase in the number of casualties and deaths due to the epidemic, have taken exceptional measures, similar to China, from the closure of the internal and external borders, the prohibition of roaming in some of them, the use of the army to implement isolation measures, and fought its own battle against the pandemic, even if this may cause the deterioration of democracy and human rights, the tendency to tyranny of power, the collapse of markets and the world economic system, the abandonment of some principles of liberal thought that underpin the system of economic globalization. The world’s health crisis has proven the absence of international solidarity, and states have been closed to themselves, or as the sociologist Edgar Morin[3] called it “selfish closure.”

It is a national challenge that once again raises the relationship of sovereignty to globalization. Countries have given up part of their sovereignty in favor of globalization without translating this abandonment into economic and social solidarity.  In this regard, we are very frightened of the extensive spread of the epidemic in third world countries, especially in Africa.  The pandemic could be a game-changer for poorer countries with limited resources and people in conflict zones.

On this basis, globalization will experience a crisis after the Corona pandemic.  Robert Kaplan said: “The second phase of globalization is different.  Globalization 2.0 is about separating the globe into great-power blocs with their own burgeoning militaries and separate supply chains, about the rise of autocracies, and about social and class divides that have engendered nativism and populism, coupled with middle-class angst in Western democracies. For some, it is a story about new and re-emerging global divisions, more friendly to pessimists “[4].

As we expect, Corona will be the most important political and economic event that will launch most of the potential geopolitical unrest in the next decade.  Therefore, we hope that the world will have an opportunity to set a new model for globalization and establish an alternative international system that pushes the economies of countries towards a solidarity and equitable globalization for the welfare of mankind, and also to reform what corrupt neoliberalism has shown that it has failed to save the world from the epidemic, and to adopt sustainable development rules in facing various environmental and epidemiological threats that the world may face in the future, and protecting the gains of democracy that are at risk due to emergencies and in fact, globalization was already in decline well before the outbreak, having reached its peak before the 2008 global financial crisis and having never recovered since then.

The pandemic will certainly highlight the risks inherent in overdependence on global supply chains, prompt a renationalization of production, and put stress on the notion of international interdependence. The likely result is an acceleration of changes that have long been in motion toward a new, different, and more limited form of globalization.

* By  Khalid Cherkaoui Semmouni, Director of the Rabat Center for Political and Strategic Studies