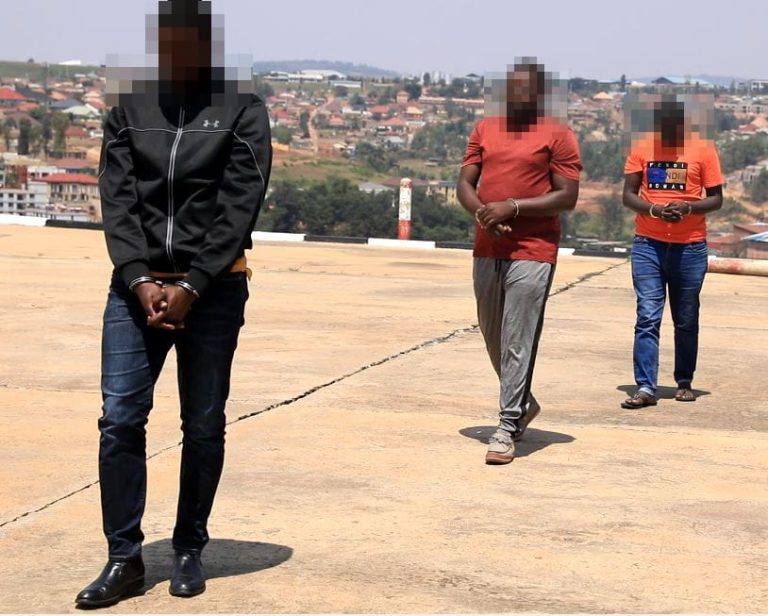 The Revenue Protection Unit (RPU) has arrested three people, who allegedly attempted to fraudulently process the transfer of vehicle ownership.

They include an employee of Rwanda Revenue Authority (RRA) at Ngoma District branch, who unlawfully processed documents for the mutation of property after altering tax arrears and without conducting the automobile physical verification as a prerequisite.

Two others include the original owner of the vehicle identified by Eric Mashuti, and another man, who was acting as a broker.

The new owner of the Hilux pick-up vehicle, Cyprien Munyaneza, said that he bought it from another person early this month but the vehicle was still in the names of Mashuti.

“We found that the vehicle had tax arrears amounting to Frw3,487,650, which were supposed to be cleared within 10 days as per the agreement, by the original owner, Mashuti,” Munyaneza said.

He added: “I was surprised when Police called asking me about the mutation of property which they said was complete. I was frank with the Police because the vehicle was parked at home with old plate numbers and logbook still in the names of the original owner.

Later, I received another call from another person (Mashuti) that the mutation of vehicle was complete. I connected what this person was telling me that the vehicle was already in my names even when I was not involved at all, with what the Police was asking me, and I became suspicious.”

Munyaneza advised the public to always be vigilant to avoid becoming accomplices.

“I am glad that the Police contacted me prior and informed about what was going on without my knowledge. Probably, I would have become an accomplice in things that I didn’t know. What was about to happen to me and what these people did, could happen to another person, which requires vigilance and taking steps to ask about things you don’t know,” Munyaneza said.

“The RPU found out that the RRA staff had altered the tax arrears in the system from Frw3,487,650 to Frw1,930,500. He also issued new vehicle number plates and logbook without conducting physical verification of the automobile, he did not see the vehicle he was transferring under new ownership, and there was no any involvement of the new owner,” CP Kabera said.

He warned against such criminal acts and called upon the public to always go through right procedures.

he three suspects were handed over the Rwanda Investigation Bureau (RIB) for further investigations. (End).