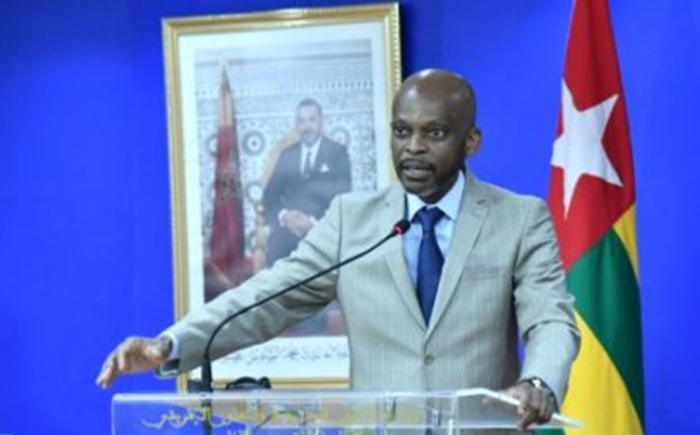 Rabat – Togo’s Minister of Foreign Affairs, African Integration and Togolese Abroad, Mr Robert Dussey, announced on Tuesday  June 07, 2022, in Rabat the opening of a Consulate General of his country in Dakhla.

Mr.Dussey made this announcement at a joint press briefing with Minister of Foreign Affairs, African Cooperation and Moroccan Expatriates, Mr Nasser Bourita, following bilateral talks on the sidelines of his participation in the first Ministerial Meeting of Atlantic African States.

“This step reflects once again the constant support of the Republic of Togo for the territorial integrity of the Kingdom of Morocco and the strong ties uniting the two Heads of State, His Majesty King Mohammed VI and his brother, His Excellency Mr. Faure Gnassingbé, President of the Republic of Togo,” said the Togolese top diplomat.

The Togolese FM renewed his country’s constant support for a negotiated, consensual and final political solution within the framework of the sovereignty of the Kingdom of Morocco, its national unity, and its territorial integrity.”

In a joint statement issued following his talks with his Moroccan counterpart, Mr Dussey hailed the efforts of the United Nations as the “exclusive framework for achieving a realistic, practical and lasting solution to the dispute over the Sahara.

In this context, Dussey stressed the imperative of respecting the norms and procedures within the bodies of the African Union (AU), reaffirming the relevance of Decision 693 of the Summit of Heads of State and Government of the AU in July 2018, which has enshrined the exclusive competence of the United Nations in the management of the regional dispute over the Moroccan Sahara.

For his part, Mr Bourita lauded Togo’s consistent position regarding the territorial integrity of the Kingdom and welcomed the country’s decision to open a consulate general in Dakhla.

This decision, “which is a source of satisfaction for all Moroccans, reflects the constant support of the Republic of Togo for the sovereignty of the Kingdom and its national and territorial integrity,” said the Minister.