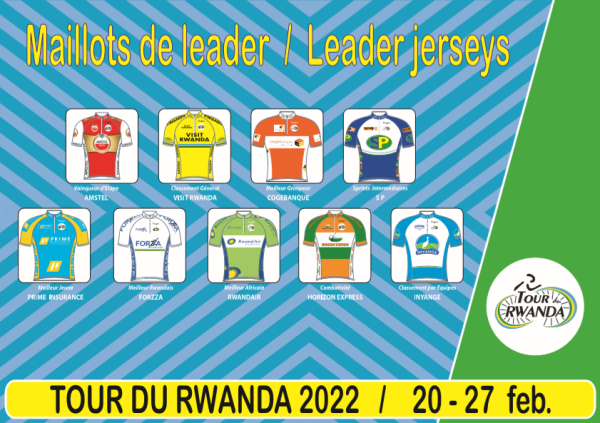 Three years after upgrading to the category 2.1 of the Union Cycliste Internationale calendar, the Tour du Rwanda continues to rise.

Following the award of 2025 World Championships to Rwanda, the first time in Africa, is another sign of trust and confidence on the part of the UCI and the world of sport.

Despite the difficult conditions due to the coronavirus pandemic, the 14th edition of the Rwanda race is scheduled to take place as planned on the dates announced: February 20 to 27, 2022.

19 teams have been selected from the major cycling nations of the African continent but also from worldwide experienced teams competing in major cycling events on the international calendar like the prestigious Tour de France, the Giro d’Italia and the Vuelta a Espana: among them the UCI World Tour Israel Start-Up Nations, Total-Direct Energie and B&B Hotels of France, Drone Hopper-Androni Giocatolli of Italy and Burgos-BH of Spain.

Rwanda will be represented by its National Team and its UCI Continental Benediction Cycling team.

Once again the route promises to be spectacular with stiff climbs on almost all stages. The famous Wall of Kigali and the Mount Kigali will be part of this exceptional program to make the Tour du Rwanda the most difficult race of the beginning of the 2022 season.