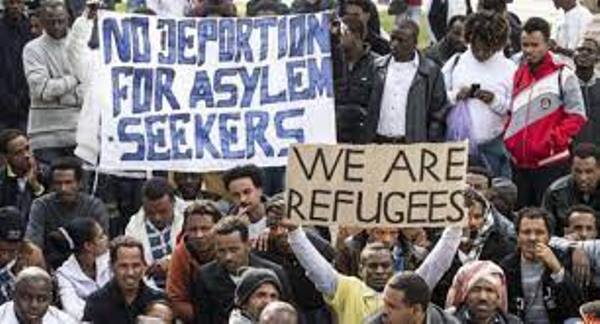 Following public announcements made yesterday, UNHCR, the UN Refugee Agency, expressed strong opposition and concerns about the United Kingdom’s plan to export its asylum obligations and urged the UK to refrain from transferring asylum seekers and refugees to Rwanda for asylum processing.

“UNHCR remains firmly opposed to arrangements that seek to transfer refugees and asylum seekers to third countries in the absence of sufficient safeguards and standards. Such arrangements simply shift asylum responsibilities, evade international obligations, and are contrary to the letter and spirit of the Refugee Convention,” said UNHCR’s Assistant High Commissioner for Protection, Gillian Triggs.

“People fleeing war, conflict and persecution deserve compassion and empathy. They should not be traded like commodities and transferred abroad for processing.”

UNHCR urged both countries to re-think the plans. It also warned that instead of deterring refugees from resorting to perilous journeys, these externalization arrangements will only magnify risks, causing refugees to seek alternative routes, and exacerbating pressures on frontline states.

While Rwanda has generously provided a safe haven to refugees fleeing conflict and persecution for decades, the majority live in camps with limited access to economic opportunities. UNHCR believes that wealthier nations must show solidarity in supporting Rwanda and the refugees it already hosts, and not the other way around.

The UK has an obligation to ensure access to asylum for those seeking protection. Those who are determined to be refugees can be integrated, while those who are not and have no other legal basis to stay, can be returned in safety and dignity to their country of origin.

Instead, the UK is adopting arrangements that abdicate responsibility to others and thus threaten the international refugee protection regime, which has stood the test of time, and saved millions of lives over the decades.

The UK has supported UNHCR’s work many times in the past and is providing important contributions that help protect refugees and support countries in conflicts such as Ukraine. However, financial support abroad for certain refugee crises cannot replace the responsibility of States and the obligation to receive asylum seekers and protect refugees on their own territory – irrespective of race, nationality and mode of arrival.

While UNHCR recognizes the challenges posed by forced displacement, developed countries are host to only a fraction of the world’s refugees and are well resourced to manage claims for asylum in a humane, fair and efficient manner.

Rwanda has struck a £120 million deal with the UK to take in some asylum seekers who arrive in Britain illegally. Tens of thousands of people could be resettled under the agreement over the years.

Rwanda has agreed to host migrants to be relocated from the United Kingdom, under the Rwanda-UK Migration and Economic Development Partnership initiative.

However, the plan to send asylum seekers who cross the English Channel to Rwanda has been savaged by campaigners, charities, politicians, civil servants, lawyers and various other experts.

More than 160 charities and campaign groups called on the British Premier Minister Boris Johnson to scrap the ‘shamefully cruel’ plans amid a fierce backlash – just hours after the eyebrow-raising scheme was announced.

Boris Johnson  insists his plan to detain and fly migrants more than 4,000 miles to Rwanda at the British taxpayer’s expense is not ‘draconian and lacking in compassion’. (End).