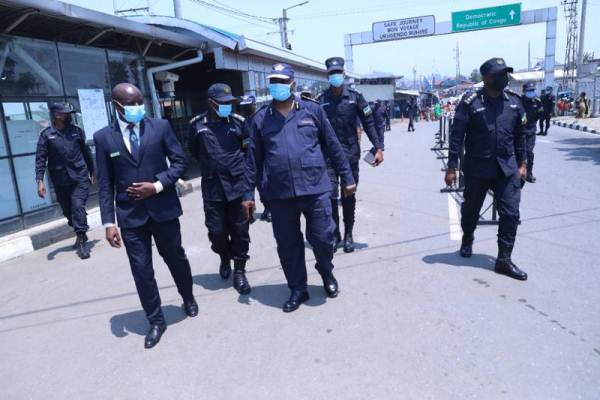 Commissioner OF Police Molibeli and his delegation, who are in Rwanda since August 23, toured the Western Regional Police Unit (RPU) in Rubavu District, One-Stop Border Post with the Democratic Republic of Congo (DRC) where he witnessed the cross-border security operations for both vehicles and pedestrians, and Marine Police operations in Lake Kivu.

At the RPU, Commissioner Molibeli was showed some of the Police operation plans, procedures of conducting night patrols and the border security. 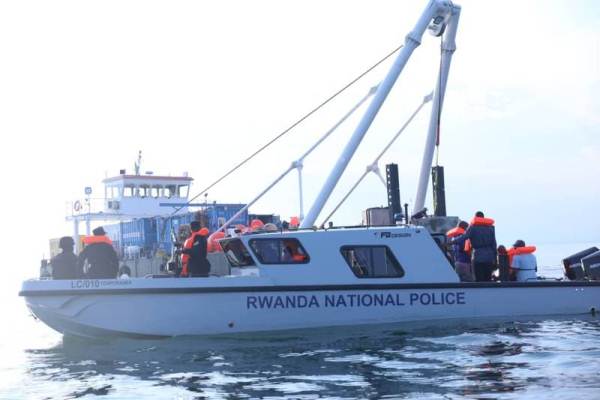 The Western Region Police Commander (RPC), Chief Superintendent of Police (CSP) Edmond Kalisa also explained to them on the Police welfare and gave them a guided tour of the Police hostels, mess, and kitchen.

Commissioner Molibeli lauded RNP’s security operations to safely control cross-border traffic flow as well as the welfare given to Police officers, which he said it facilitates them to focus on security matters.

“We were told that due to the COVID-19 pandemic, the flow of people at this border is very low, but still, we can see a lot of traffic flow from both sides. It is amazing how the Police on the Rwandan side maintain security with high level of vigilance, searching using technology which shows the progress of Rwanda in policing related matters,” Commissioner of Police Molibeli said.

On the issue of Police welfare, he said: “It is high… having modern staff accommodation where they are also provided everything including meals; these are good services that contribute to the performance and delivery of officers. It is different in my country where our officers have to go back to their homes and get lunch and dinner from their homes. It is a good and executed plan, which we will also introduce for our Police officers.”

On Monday, RNP and LMPS signed a memorandum of understanding, which elaborates cooperation and collaborations in various matters of policing including partnership against terrorism, organized and transnational crimes; capacity building in community policing; exchange of information and expertise; as well as training opportunities and expertise development among others.

Other areas include development and exchange of training materials and curricula, combating proliferation of small arms and light weapons, timely exchange of information on criminals and criminal activities, and joint operations.(End)