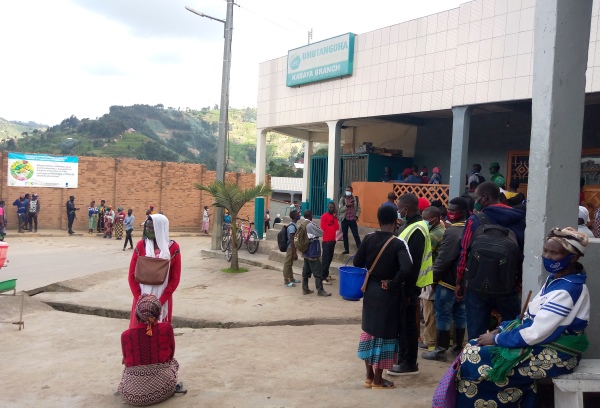 More than 7,000 residents from 13 sectors in Ngororero District have benefited from the VUP Financial Services through a very low interest loans to uplift residents from poverty, majorly the most affected due to Covid-19 pandemic restrictions.

The money, known as VUP Financial services has been offered in phases since 2015, but the third phase focused on people affected by the pandemic.

In Ngororero, a total of Rwf.740 million has already been disbursed where many received at least Rwf.100,000 payable in a period of 1 to 2 years with a fixed interest of Rwf.2,000 only.

Suzan Nyiransabimana, a resident of Kabaya Sector told Rwanda News Agency that the money given to her helped meet farming needs like agricultural inputs including fertilizers, seeds and pesticides.

“I am so grateful for the support because my family had been greatly affected by the pandemic and could not afford to buy agricultural inputs to continue our farming activities,” Nyiransabimana said.

Officials in the district note that VUP financial services are given to all people but focus is directed on women and youth as a way of empowering them.

Simon Ndayisenga, the Executive Secretary of Kabaya Sector observes that the VUP financial services are very important to the welfare of the citizens especially during the pandemic where many were affected by the preventive restrictions.

Ndayisenga notes that the pandemic caused a great damage to the economy and his sector included, as the economy slowly started opening up again people needed support to recover from the effects of the pandemic. 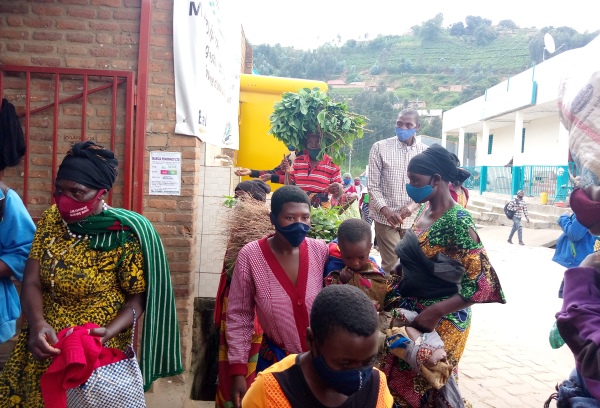 Explaining about the program, he said the youth and women are targeted, but other categories of the community are supported according to the need and available resources.

The criterion for getting this loan requires honest citizens in Ubudehe category 1, 2 and 3 demonstrating a need that you want solved. For farmers you have to be with a farming project and other activities should demonstrate they are able to at least make a profit.

“We visit them and teach them how to use the money, we analyze if they can use it well and afford repayment before we give them.” Ndayisenga explains.

The people who have received the money say it is very little to help them get out of poverty in practical terms, requesting that the money be increased to more than Rwf 100,000.

“It is good that the amount of money we are getting is Rwf 100,000 per person but it is still very little, we request it to be increased to do something tangible,” says Aimable Nsekanabo, a resident of Ngororero.

The Executive Secretary of Kabaya Sector observes that, if people can organize in groups like cooperatives, the money can be raised plus working together may even benefit them more than individually.

Accessing money in groups is even easy because the financial institutions can easily trust them than they would individuals without surety. Ndayisenga encourages people form groups or cooperatives.

District officials in Ngororero confirm that the money has reached a large number of the population, helping many cater for their everyday needs and recover from losses sustained as the economy was closed because of Covid-19 restrictions. 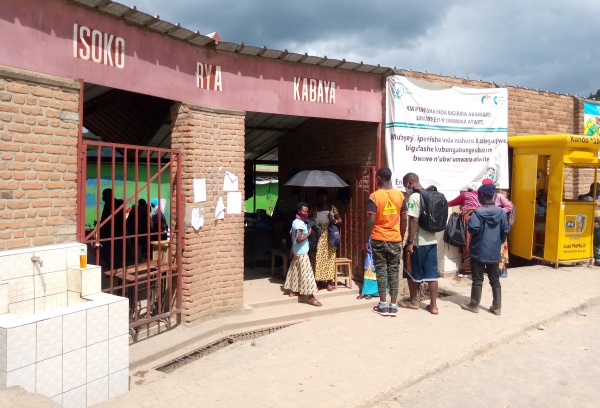 Benjamin Bwanakweli, the District Investment and Employment Officer in Ngororero explain that the money has been given to the first and second categories of Ubudehe in the district who were the target as well as child headed families.

He says that during the Covid-19 crisis they supported many youth who wanted to start small income generating activities like offering mobile money services and those that had eaten into their capital.

“Before Covid-19 hit the country, there were people who were running their businesses smoothly but lost them because of the pandemic, we helped them get back on their feet through low interest loans,” Bwanakweli said.

In Ngororero district, the highest sector to receive the loans was Hindiro which received more than Rwf.58 million, Kabaya and Ngororero received Rwf.55 million each while the lowest was Nyange that got Rwf.38 million.

According to Bwanakweli, the lowest loan given was Rwf.100,000 but those who are pay back quickly are allowed to get another round with an increased amount like Rwf.150,000

What we ask of them is honesty, good repayment plan and a planned project, he said.

In order for a citizen to access this loan program, he or she must have an account in a SACCO and known to the Sector office as someone in need of the loan to be put on the list.