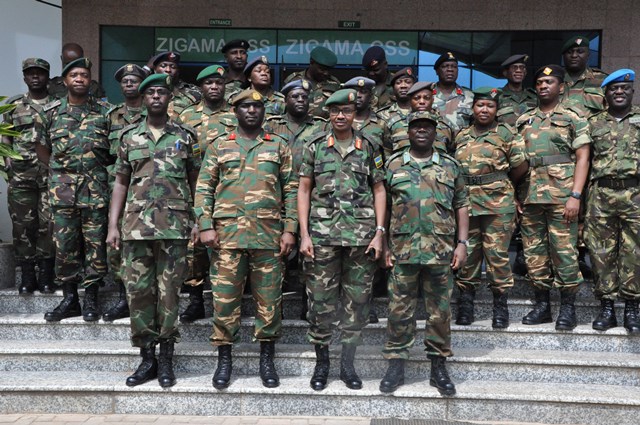 Kigali: A delegation of 13 Senior Officers from Zambia Defence Forces (ZDF) currently studying at Zambia Defence Services, Command and Staff College together with their support staff, was received by the Rwanda Defence Force Chief of Defence Staff, Gen Jean Bosco Kazura at the Defence Headquarters in Kimihurura.

The Head of delegation Colonel Edmond Mbilika says that the student officers who are on one week education expedition will visit several key Government organisations with the aim to cover all aspects on “Expanding roles of the military in the global security environment” as their theme states for this year.

The delegation have so far visited the Kigali Genocide Memorial, Campaign against Genocide Museum and  RDF Command and Staff College in  Nyakinama, Musanze. They also visited RDF HQs for a brief on RDF transformation journey since the end of the liberation struggle in 1994.