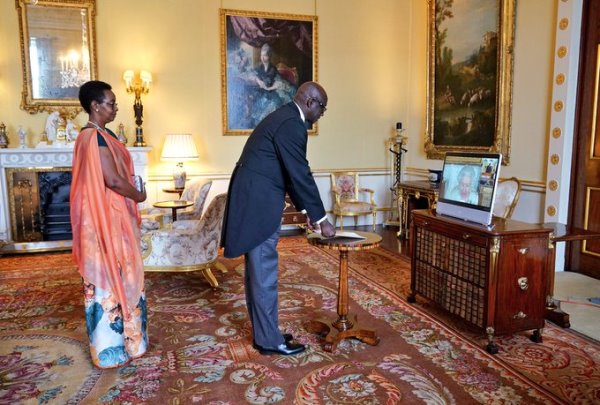 The meeting was one of two audiences that the Queen held with incoming ambassadors, with the other being a similar event with Malta’s new high commissioner to the UK, Emmanuel Mallia. It was the Queen’s first day of royal duties since she took a week off to celebrate her 96th birthday at her Sandringham estate last week.

Busingye and Murerwa rode in royal style to the engagement. In a video shared to Twitter by the High Commission for the Republic of Rwanda’s page, the couple climbed into a horse-drawn carriage to take them from Rwanda House in London to Buckingham Palace. 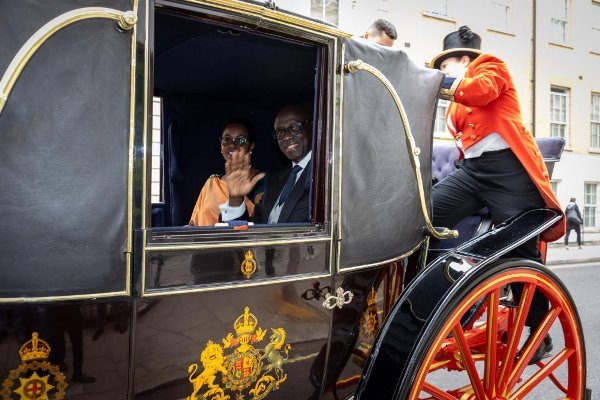 Through the video chat, the Queen was able to greet her audience — and get a glimpse of her London residence of Buckingham Palace, where her guests were being hosted.

Speaking at the event, Ambassador Johnston Busingye said that “it is wonderful to see so many faces of friends from so many nations that Rwanda enjoys cordial and strong relations with. I look forward to collaborating with you during my time in London and to strengthening the bonds between our countries.”

“We also have a ground-breaking Visit Rwanda partnership with Arsenal Football Club. We want as many people as possible to holiday, stay or do business in Rwanda. Most of all we want everyone who comes to Rwanda to never forget their experience,” he added.