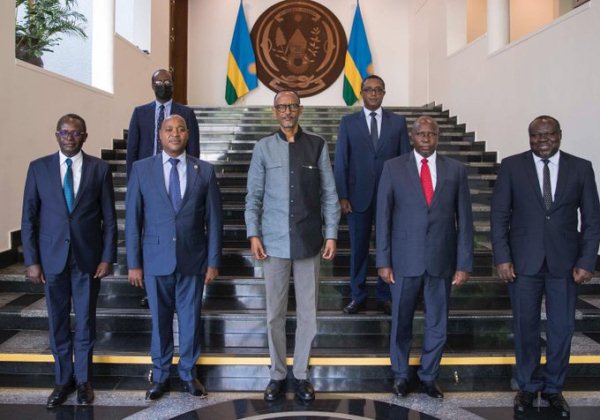 “They discussed regional integration and Minister assured the new Secretary-General of Rwanda’s support during his term in Office”, according to the Rwandan Ministry of Foreign Affairs and International Cooperation.

Dr. Peter Mutuku Mathuki is a Kenyan businessman and diplomat. He was appointed EAC Secretary General by the East African Community Heads of State on 27 February 2021.  He assumed office on 25 April 2021 for a five-year non-renewable term, replacing Libérat Mfumukeko of Burundi.

Immediately prior to his current position, Peter Mutuku Mathuki served as the Executive Director of the East African Business Council (EABC), an industry group of businesses in the member countries of the EAC. He served in that capacity between 2018 and 2021. (End)