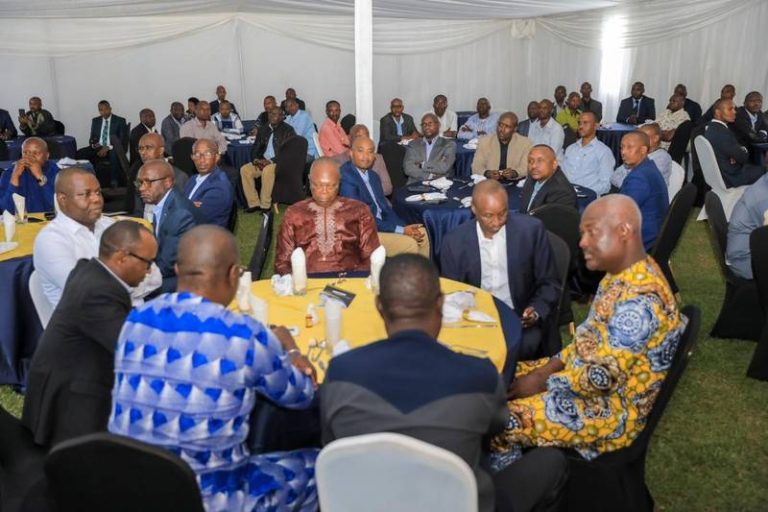 Rwanda National Police (RNP), on Tuesday, September 13, held a send-off ceremony to honour 155 officers, who have retired from active service. The ceremony presided over by the Minister of Interior, Alfred Gasana, was held at the RNP General Headquarters at Kacyiru.

It was also attended by the Inspector General of Police (IGP) Dan Munyuza, and the Deputy IGPs; Felix Namuhoranye in charge of Operations and Jeanne Chantal Ujeneza of Administration and Personnel.

Minister Gasana thanked the retirees for their sacrifice and that the government thanks them for their “role in building the country we want.”

“The commitment, dedication, professionalism and discipline that defined during your service was not in vain, because they are the basis of the security and development that our country has achieved,” Minister Gasana said.

He reminded them that although they are retiring, their responsibility of maintaining security carries on. “The country will continue counting on you in national development.”

The Minister urged them to continue working in unison with Rwanda National Police and the citizenry in development activities and to sustain the safety and security they fought for.

He further thanked them for loving, working and sacrificing for their country, which some of them fought for during the liberation struggle.

The Police Chief further urged them to maintain the spirit and values that defined them throughout their active service.

He lauded their families for the patience and staying close to them throughout their journey, and sometimes bearing to live without them for a long time due to the nature of their work and responsibilities.

“The duty of fighting and resisting all threats to security continues. You don’t need to be a police officer or someone appointed to do that. Rwanda National Police will continue to count on you. Continue to be exemplary and guide those who are still young to follow in your footsteps,” IGP Munyuza said.

The retirees include two Commissioners of Police (CP); Joseph Zikama Mugisha, who was the director of planning and Coordination at the Regional Centre for Small Arms (RECSA) in Nairobi, Kenya and Dr. Daniel Nyamwasa, currently the Director of Kacyiru hospital.

CP (rtd) Mugisha, who spoke on behalf of the retirees, thanked the government and RNP in particular for supporting them to accomplish their duties.

“We are happy to have been part of this RNP family and playing our part. It was our great honor and privilege to have served our country in the best of capacities and we will continue to do so even in our new life,” Mugisha said. (End)