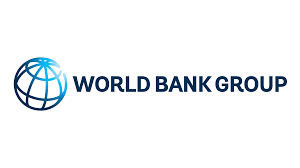 Climate change could be consequential for Rwanda’s growth given the reliance of the economy on climate sensitive sectors.

The Rwanda Country Climate and Development Report (CCDR) launched today highlights key policies and interventions that are needed in Rwanda to strengthen climate resilience in the context of country’s commitments under the Paris Agreement and its development priorities.

The CCDR offers granular recommendations on sector specific interventions and projects, including:

While Rwanda contributes just 0.003 percent to global greenhouse gas emissions, it is vulnerable to the consequences of hotter weather and changing rainfall, including damages from flooding, worsening human health, and lowering crop yields.

These factors could reduce Rwanda’s GDP from expected levels by as much as 5–7 percent in some years and push the economy away from reaching goals set in Vision 2050, the National Strategies for Transformation and the Green Growth and Climate Resilience Strategy.

The CCDR finds that Rwanda is well ahead of many other countries in responding to challenges from climate change. The climate mitigation and adaptation measures outlined in Rwanda’s 2020 revised Nationally Determined Contribution (NDC) are carefully designed to mutually reinforce adaptation and mitigation objectives, and to support Rwanda’s low carbon and resilient national development ambitions.

However, the government’s estimated cost of new investments, as reported in the 2020 NDC, is $11 billion, of which $6.9 billion is conditional on new financing. It amounts to spending 8.8 percent of the country’s GDP each year through 2030, a bold ambition considering that it exceeds the recorded and projected annual inflows of either official development assistance (ODA) or foreign direct investment (FDI) between 2015 and 2030. It also represents a large share of domestic revenue collection or public investment spending during the same period.

The report urges Rwanda’s government to diversify external and domestic financing sources and reallocate government spending, enabling it to manage spillover costs of mobilizing funds. Furthermore, it suggests that the government increases its fiscal space through efficiency gains to avoid cutting critical programs or the need to raise taxes. The report also highlights that sustaining growth in Rwanda will require greater private sector engagement and investment.

“Rwanda has ambitious green development goals that will support the country to counter the effects of climate change on people and the economy,” says Amena Arif, IFC Country Manager for Rwanda. “The private sector will be a key partner in helping to finance Rwanda’s green transition. By attracting more private sector investment into sustainable agriculture and infrastructure projects, it will support Rwanda in strengthening its resilience to climate change.”

CCDRs build on data and rigorous research. They identify main pathways to reduce GHG emissions and climate vulnerabilities, including the costs and challenges as well as benefits and opportunities from doing so. The reports suggest concrete, priority actions to support the low-carbon, resilient transition.

The first CCDRs are being produced for 25 countries this year, before being rolled out to all World Bank Group countries over the next four years. As public documents, CCDRs aim to inform governments, citizens, the private sector and development partners and enable engagements with the development and climate agenda. CCDRs will feed into other core Bank Group diagnostics, country engagements and operations, and help attract funding and direct financing for high-impact climate action. (End)