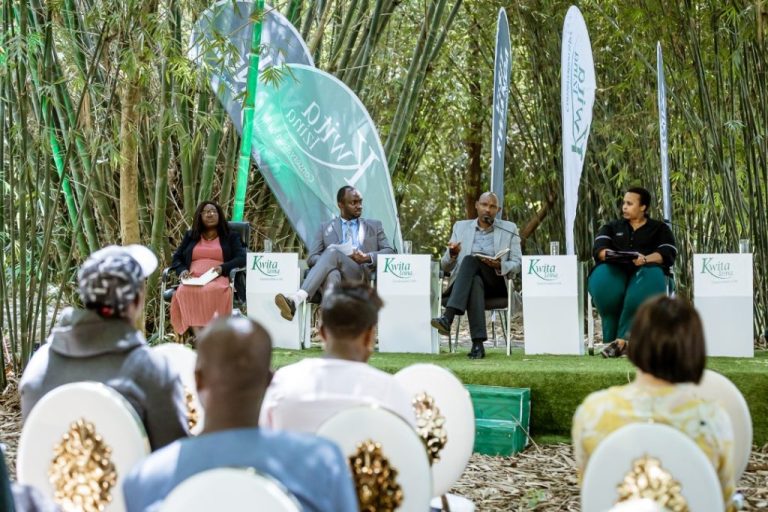 The Rwanda Development Board is pleased to announce that this year’s Kwita Izina Gorilla Naming Ceremony will be held on 2 September 2022 in Kinigi, Musanze District, two years after the last in-person event.

As a result of the Covid pandemic, the flagship annual ceremony was held virtually over the last two years.

This year’s 18th edition will ensure a safe return to the foothills of Volcanoes National Park, joining the communities living around the home of the endangered mountain gorillas in the ultimate celebration of nature and conservation.

The event will feature a naming ceremony of 20 baby mountain gorillas born in the park over the last 12 months. 354 baby gorillas have been named since the start of the naming ceremony in  2005.

This year’s namers will include notable partners, conservationists, international celebrities, dignitaries and friends of Rwanda.

Speaking during the launch of this year’s Kwita Izina activities roadmap on 19 August, RDB Acting Chief Tourism Officer Ariella Kageruka said: “We are excited to return to Kinigi this year for the 18th Kwita izina ceremony after holding it virtually for the last two years due to the COVID-19 pandemic. This year we celebrate the gains made in our conservation efforts, notably the increase in our gorilla population and the partners and communities who actively participate in the daily conservation and sustainability efforts to ensure a harmonious human-wildlife coexistence.”

This year’s celebration will showcase Rwanda’s conservation efforts, including the need to expand the habitat of the mountain gorillas. The day also presents an opportunity to bring to the fore efforts by the Government of Rwanda to improve the livelihoods of park communities while enabling wildlife conservation through the Tourism Revenue Share Program.

Initiated in 2005, the Tourism Revenue Share Programme aims to guide investment in the areas surrounding the various national parks in Rwanda by ensuring that 10% of all park revenues is given back to the communities.

Over Rwf 7.9 billion has been distributed by RDB to more than 880 community-based projects since 2005.

This year, RDB will launch the Cyarubare Industrial Workshop in Kayonza District, a community project that was developed and funded by the Rwanda Development Board as part of the programme.

Additionally, this year, RDB, in partnership with African Leadership University, will organise the 2022 Business of Conversation Conference, a virtual session that brings together scholars, researchers, conservationists, policymakers and the private sector to discuss, debate and find solutions to today’s conservation challenges. The conference will take place on 31 August 2022.

• After facing a very challenging period during the Covid pandemic, inbound tourism to Rwanda has been showing a promising return. Revenues increased by 25% from US$ 131 million in 2020 to US$ 164 million in 2021 with Rwanda welcoming over 512,000 international visitors last year.

• This year, the sector is showing signs of going back to pre-pandemic levels, with the sector generating over US$ 168 million between January and June compared to US$ 55.6 million that was raked in during the same period last year. Rwanda’s tourism revenues stood at US$ 498 million in 2019.

• Visitor growth to Volcanoes National Park has also shown good recovery during the period. During the first half of this year, the park generated US$ 11 million while in 2021 and 2020, the park raked in US$ 6 million and US$ 5.9 million respectively. The park’s revenues stood at US$ 21.9 million before the pandemic in 2019.

• Other than the naming ceremony, community project launch, and the Business of Conversation Conference, other events that will take place as part of this year’s Kwita Izina celebrations include the Rhino Velo Race in Akagera National Park, countrywide familiarisation tours for international tour operators and travel media, Rubavu Lakeside Brunch, and a Kwita Izina concert.

Overall, Rwanda has emerged as a conservation and sustainable tourism leader on the continent. For instance, while in the 2010 Census, there were 480 mountain gorillas, the 2016 Census report indicated 604 individuals in the Virunga Massif. These efforts have contributed to the increase in mountain gorillas worldwide (1,068) and are categorised as no longer critically endangered. (End)