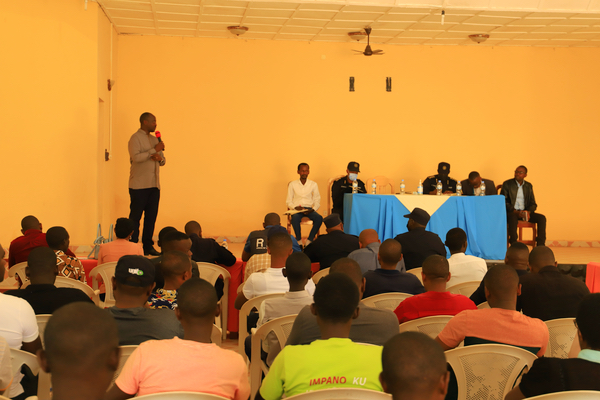 Rwanda National Police (RNP) and Rwanda Inspectorate, Competition and Consumer Protection Authority (RICA) have continued the public awareness on the regulations governing trade of used electrical and electronic equipment to dealers operating in the Eastern Province to enhance the fight against related malpractices.

The latest awareness campaign was extended to 153 traders from Nyagatare and Gatsibo districts on Tuesday, August 9, following similar outreach in Ngoma, Kirehe, Kayonza and Rwamagana where other 178 dealers in used electrical and electronic equipment were introduced and enlightened on the regulations.

Assistant Commissioner of Police (ACP) Innocent Kanyamihigo, the Eastern region Police Commander (RPC), while speaking to traders from Nyagatare and Gatsibo on Tuesday, August 9, urged them to value their businesses and comply with the laws and regulations.

“Be vigilant and verify before buying the second-hand equipment to make sure the seller is the rightful owner, and record all their particulars well,” said ACP Kanyamihigo.

He further appealed to the traders to work together and join efforts with the police to fight common crimes such as theft, drugs trafficking, Gender Based Violence, and child abuse, among others.

The Vice Mayor of Nyagatare District in-charge of Economic Development, Gonzague Matsiko reminded the traders to operate their business in line with the regulations and avoid any irregularities that were defining some of them.

“To operate your businesses safely, understand and comply with regulations governing trade of used electrical and electronics, and strengthen cooperation with law enforcement organs through sharing necessary information with them on those who deal in stolen items or work with thieves,” Matsiko said.

The same awareness is expected to be extended to traders in Bugesera District on August 11, before it continues to traders in other provinces. (End)