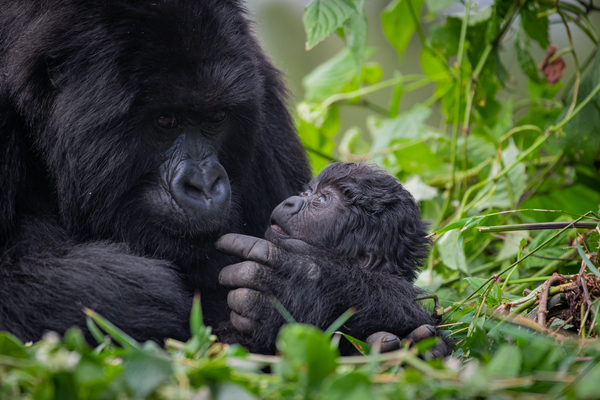 Rwanda’s annual Kwita Izina Gorilla Naming Ceremony returns this Friday, 2 September 2022 with global leaders, philanthropists, conservation champions as well as sports, music and fashion stars among the distinguished guests given the honour of naming a baby mountain gorilla. His Royal Highness The Prince of Wales will name a baby mountain gorilla virtually.

This year marks the 18th edition of the international conservation event, and is the first time the ceremony has taken place in person since 2019 following the COVID-19 pandemic.

Clare Akamanzi, Chief Executive Officer of the Rwanda Development Board, says this year’s Kwita Izina will be a celebration of conservation and the return of tourism.

“We’re delighted to be back in Kinigi in Rwanda’s Northern Province, near the habitat of these majestic creatures for Kwita Izina, two years since our last in-person ceremony. Initiatives such as the Kwita Izina gorilla naming ceremony play a major role in conserving gorillas. Thanks to Rwanda’s conservation efforts, we have improved the gorilla trekking experience for our visitors and increased the support to local communities through our Tourism Revenue Sharing programme.”

“We are also happy to celebrate the safe return of tourism to Rwanda, after managing the Covid-19 pandemic well. We look forward to continuing to protect our natural heritage, providing world class experiences that highlight the diverse natural beauty of Rwanda, while also ensuring that Rwandans benefit from tourism and conservation.”

Overall, Rwanda has emerged as a conservation and sustainable tourism leader on the continent. For instance, while in the 2010 Census, there were 480 mountain gorillas, the 2016 Census report indicated 604 individuals in the Virunga Massif. These efforts have contributed to the increase in mountain gorillas worldwide (1,063) and are categorised as no longer critically endangered. (End).