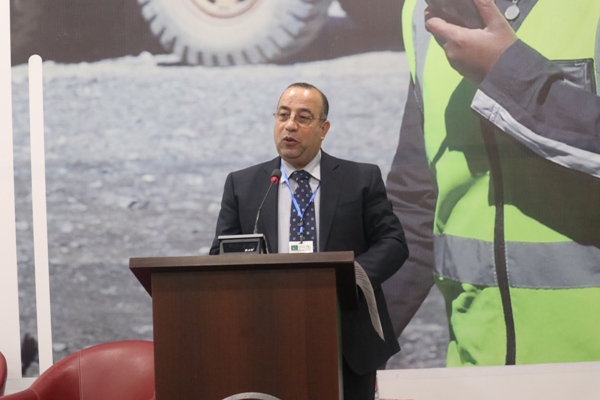 Accra: During the opening of the African Mining Forum held in Accra, the Director of Industrialisation in Africa Union, Hussein Hassan Hussein, on behalf of Commissioner in charge of Trade and Industry, Amb. Albert Muchanga, has delivered the following speech. Read below:

Mining in Africa boasts a rich and diverse history, littered with fabulous tales of splendor and lavish displays of wealth on the one hand, and stories of merciless plunder and untold human suffering and misery on the other.

One of the earliest recorded narratives around mining in Africa is the one about the extraordinary wealth that gold mining brought to the Mali Empire during the reign of Sultan Mansa Mussa (about 1280-1333). The empire then comprised territories formerly belonging to the Ghana Empire, situated roughly in the south of present day Mauritania.

Mussa’s reign was thought to be the largest producer of gold in the world, and Mussa himself was believed to be the richest man on the planet. Gold production was so central to the governance of Mussa’s reign that one of his several majestic titles was ‘Lord of the
Mines of Wangara.’

Mansa Mussa came to the attention of the world, and attracted immortality in the chronicles of history, largely because of his external displays of fabulous wealth as he travelled across the North African desert on his way to the pilgrimage in Mecca, which he undertook in 1324 -25.

Several chroniclers have recorded the enormity of the riches on show during this pilgrimage by Mussa, which left wonderment and awe in every city he passed through on his travels.

In every city, he gave gold to the poor, built mosques for them to pray in and traded his gold for souvenirs. It has been recorded that Mussa’s expansive gestures and carefree largesse caused the price of gold to plummet and fuelled inflation. He responded to this unexpected challenge by ‘borrowing’ some of the gold he had splashed out, on his way back home, thus becoming the first man in economic history to have single-handedly affected inflationary trends.

This side of the Mansa Mussa story would be incomplete if it ended there, depicting him as a wasteful monarch who went about squandering his empire’s resources at the service of vainglory and self-glorification. But he did better than that, in that he invested some of his mineral wealth in the economic, scientific, artistic and cultural advancement of his people.

He established the famed University of Sankore in Timbuktu, whose faculty boasted professors from all over the Muslim world who taught law, astronomy and mathematics. The university library had more than 1,000,000 manuscripts, making it the largest collection of books since the Library at Alexandria.

He commissioned architects from Andalusia (Spain) and Cairo who helped him construct imposing edifices. Timbuktu became an important centr e of commerce for the whole of the north-west of Africa and the Mediterranean, drawing traders from Genoa, Venice and Granada, as well as from Egypt, Hausaland and other African kingdoms.

But it is worthwhile is comparing the Mansa Mussa story with the tales of a much latter period, when large-scale mining was introduced to southern Africa by foreign investors working at the behest of imperial powers in the 19th century. It was Cecil Rhodes, the
buccaneerin Englishman, who declared his vision of harnessing the mineral wealth of southern Africa to the service of the British Empire.

He conceived the economic exploitation and subjugation of the natives as a necessary and useful way of safeguarding his country’s interests.

Almost as always, the surrounding communities have had neither the knowledge of the existence of, nor the use for such metals, though they have ended up paying the highest price for their exploitation.

In too many cases, the extractives have led to the clash of competing interests, leading to strife, unrest and civil wars in areas unlucky enough to be touched by ‘conflict’ minerals, in such a way that minerals which should have been a blessing have turned out to be a veritable curse.

The experiences garnered in countries such as Angola, Sierra Leone, Liberia, DR Congo, Sudan, Central African Republic and elsewhere attest to this reality, with local and foreign elements embroiled in the shambolic search for gold, diamonds, platinum and other precious metals and laying large chunks of land bare, including killing hundreds of thousands of people.

Extractives have the nasty habit of being finite, and when they are xhausted, all that is left are the famous gaping ‘holes in the ground,’ in soils that have been rendered sick and unusable. From such soils, the local communities cannot draw sustenance; rather what they inherit are the pestilences left in the soils, waters and the airs by the very activities accompanying mining.

A number of states on the African continent have for some time now been alert to these challenges in the mining industry, and some of them have adopted policy, legislative and regulatory regimes to deal with these nefarious effects of mining. But these have been mainly at individual government level with very little coordination at sub-regional or continental levels.

The observation has been that Africa is immensely well endowed with vast mineral resources, but that this has not led to economic and social development that should have been expected for the African people. That is why, The African Union (AU) decided in 2009 to adopt the African Mining Vision (AMV) with a view to coordinating the various efforts on the continent to harness Africa’s resources for the socio-economic development of the people of Africa.

The AMV seeks to encourage African countries to recognize the massive benefits to be garnered by mining countries if they look beyond the rents they now get from mining companies, and by setting in motion the huge linkages which exist at every level of extraction, to allow for maximization of benefits, It is a call to move beyond mere revenues collected as taxes, which are meager anyway, and move to a situation where whole industries are spawned to service the mining sector, creating jobs for more people all along the value chains, at the same time as issues of environmental protection, gender and youth inclusive development, community equity and artisanal and small-scale mining are taken care of.